A conversation with Steve Grogan.....

The mis-spelled words were not changed to protect the guilty.  HA HA.

This transcribed telephone conversation took place between Steve Grogan and Paul Watkins, shortly after Grogan was released on parole in 1985.

(We decided to leave the "X's" in, as that is how it was originally transcribed) 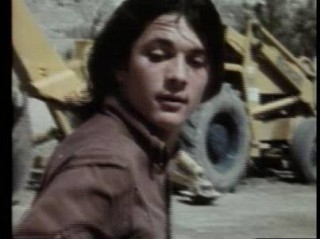 XX:  Is Steve there?

Steve Grogan:  Is this XX?

XX:  I thought I’d call and see how you were doing.

Steve Grogan:   I’m ok. It’s really surprising how expensive everything is now, you know, after being in the joint 15 years.

XX: I’m living in a shack in the desert in Tecopa.

Steve Grogan:  Are you nervous?

XX:  Well, Charlie always did have a way of knowing everything.

XX:  Not really – I did make a little a way back and now I’m living on it. What are you doing?

Steve Grogan:  I’m doing art work – I go in everyday and do art work. You know it’s against my parole to associate with anyone in the Family.

XX:  Well, if it’s not cool, maybe I shouldn’t be talking to you. 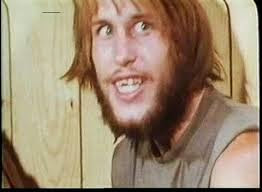 Steve Grogan:  I’ll tell them that you called me – I didn’t call you

Steve Grogan:  Hey didn’t I know you when we were kids?

Steve Grogan:  You know if I hadn’t got put in the joint I don’t know how far I would have gone. I sure was a crazy kid. I’ve been working with kids who are just like I was, theyre right into the same thing.

XX:  Yeah, will things ever change?

Steve Grogan:  I guess there are only two girls into that Manson thing now. I guess that’s all they got goin', is to hang onto that. You doing anything with music?

XX:  Well I saw Brooks last summer in Venice playing at a club.

Steve Grogan:  What’s his music like, is it fusion?

XX:  Not fusion – it’s sort of folk and a tinge of psychadelic.

XX:  He’s playing around a little – he’s really into his music.  You know how this is costing me a bit, maybe I should call you later. When are you there?

Steve Grogan:  I’m not here much, just in and out. You say you’re in Topanga? 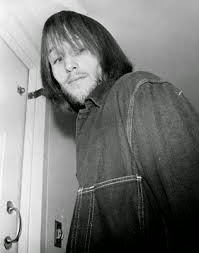 Steve Grogan:  Oh that’s too bad, you know what I really found out, your parents are really important to you. Mine stuck with through this whole thing. Is your Mom still out in Calabases?

XX:  I haven’t kept in touch with her for years. After my dad died she became reclucive.

Steve Grogan:  You should go see her, go find her, it’s important.

XX:  Maybe I should call you later like on the weekend, I might be able to use a friends phone.

So Steve went to live with his Mama after he was released. Hmmmm.....

Very interesting post. Steve Grogan does seem to have done very well for himself since way back when but I'll leave that discussion to those of you more familiar with the people involved with TLB. I just can't help but laugh that this guy was in prison for many years, he was involved in violent crime to at least degree and didn't at that time seem to be a especially nice person, but " Steve's Mom" is answering the phone for him and asking whose calling. Something about that is just hilarious to me...probably just my current state of mind but I'm still laughing.

Krissy I agree. That is funny.

I can't imagine letting my son, who was in prison for murdering a guy, bragging that he cut his head off, and then getting released because he finally revealed where the body was, live with me.

But that's just me. LOL.

Steve is now married to a very prolific psychologist who is a hired gun to testify as an "insanity plea" expert during violent felony trials.

I've heard that that was not really Watkins, that whoever it was fooled Grogan as well.

WWI ended on Nov. 11th. not the 12th. Veterans Day used to be Armistice Day prior to WWII.

Hello there just curious how do you guys ger these materials/transcripts? I enjoyed reading it, kind of gives you an inner sight of those people

I am living in Tecopa

So how's it in Topanga?

At that point I figured Paul would give up, realize he was talking to Scramblehead, and say, 'yeah, out in Topanga'

No wonder Paul ended the call. Like he said, the call was costing him real money (remember when long distance was spendy?) and that he could end up wasting a half hour trying to get Steve to understand he didn't live in Topanga.

I do wonder if Brooks ever had contact with Steve given that they are both musicians.

Remember when we used to use cigar boxes for our school supplies? Where did we get them?

Is it true that Sears murdered Roebuck?

Hi Katie. Just to inform you...that was not Paul Watkins who called. The reason the XX's are there is to cover up who actually called.

Just to inform you...that was not Paul Watkins who called. The reason the XX's are there is to cover up who actually called.

If we really wanted to find out if the caller is Watkins, we can go by what the caller said:

XX: Oh he died a few years ago.

Steve Grogan: Oh that’s too bad, you know what I really found out, your parents are really important to you. Mine stuck with through this whole thing. Is your Mom still out in Calabases?

XX: I haven’t kept in touch with her for years. After my dad died she became reclucive.

When did Watkins' father die? Where did his mother live?

I don't think a whole lot of Paul Watkins anyway. He claims he was scared to death of Manson, but yet when Manson got locked up, he went back to that filthy cult and wanted to be "Big Daddy".

Beauders, you're on deck. What say you?

The caller knew enough info about Paul, Brooks, and Clem to pull it off.

I know who the caller and heard the story of the call 20 years ago. You all know who he is.

I know I'm not Beauders, but I will answer your question:

"When did Watkins' father die? Where did his mother live?"

His mother died in 2012, they both lived (together) in Beaumont, Tx

This according to Vaye J. Watkins' obituary from 2012.

Well Kimchi you got me with my pants down!

You should be proud of yourself.

Katie I really don't know much about Watkins biological family. I think he would leave then go back then leave again because he thought he could take over Manson's leadership and for the easy sex.

I wonder what the purpose of the call was.
Was the caller trying to get some info from Grogan about something in particular?
Hard to say without knowing who the caller was.

The caller just wanted to see if he could successfully have a conversation with Clem.

Wasn't Grogan the one who set the fire to Paul's Trailer? At least that's what Paul's daughter said in an interview and she would know. So ask yourself this …. Why would Watkins call Grogan and make sure he knew exactly where he lived stating it over and over again?


It was someone who wanted Grogan to know so he would try it again. Just my take.