It's Melba Kronkright!
AKA "Malibu Melba"!

Charles Manson and his minions, made the acquaintance of a woman named Melba Kronkright. Melba was a "family friend" of sorts (for lack of better terminology). And yes, pun intended!

Here at LSB3, we've been searching for "Malibu Melba" for some time. We wanted to put a name with a face... or in this case, vice-versa.

Melba has been hard to locate. In fact, she's been much harder to locate than Melba Toast in a grocery store.

After much searching, we finally arrived at the main reason for her elusiveness. The main obstacle to finding Melba, is that her last name has been misspelled by everyone on the planet!

Her last name is supposed to be spelled "Kronkright "


Everyone from Ed Sanders... to the LAPD... to Paul Fitzgerald... has misspelled her last name.

Her last name has been misspelled more times, than Saint Circumstance has screwed-up the contraction "you're"... just to give you some perspective. LMAO! (Just bustin' ya Bro)

Many years ago, someone asked the question:
"Is it spelled like Walter Cronkite?"
I wanna say it was Mark Turner... but, I can't recall for sure.

At any rate...
The only reason we found Melba, is because Ancestry.com allows phonetic searches.

As I said... her legal name is "Kronkright".

I first learned of "Melba" while reading Ed Sanders' book.

Here is an excerpt from Sanders' book, which gives a good general overview of Melba (for those unfamiliar with the woman):

From Ed Sanders – “The Family”

"In February 1968, through a service attendant named Jerry, Manson met a lady named Melba Kronkite who owned a luxurious ranch in the hills between Malibu and Topanga Canyons, near the old Malibu sheriff's substation.  Evidently the lady had been wealthy but had fallen into impecunious times.  She was amazed at the brigade and became a close friend.  Unmentionable and secret were the encounters around her heated Malibu pool.  She became so friendly with the family that she was used as a character reference when family members got busted later on.

Off and on the family would visit Malibu Melba.  They worked for her.  Manson claims to have given her some money.  Manson also gave her a 1967 Ford Mustang which a New Yorker named Michael, divesting himself of worldly goods, had given to Manson.

Mrs. Kronkite had huge stables and an exercise track on her property.  Once the family, (like Heracles cleaning Augean stables,) spent a week cleaning an incredible mountain of horse dooky from several hundred stalls in her stables."


According to Deemer's list, she received a Green, 1965 Ford Mustang from Manson (see LAPD list below). Her address is also listed.

Sanders stated, "she became so friendly with the family that she was used as a character reference when family members got busted later on." (see Mendocino document below). 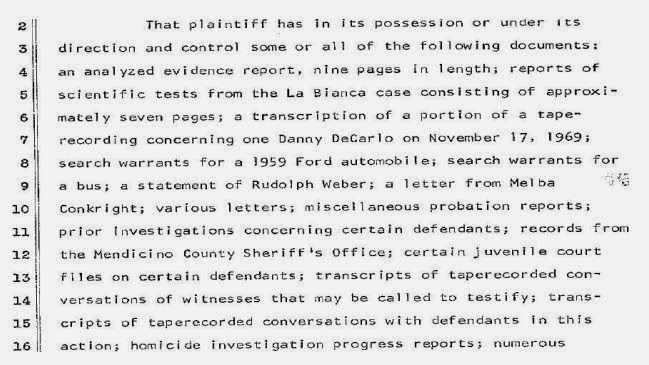 She married Robert Kronkright in 1933.  They were both very active in the "West Hills Hunt Club" in Southern California during the 1950’s.  They had a daughter born in 1934, who is still alive... but we won’t mention her name or where she lives.

Robert died in a car accident in 1961 in Ventura County.

Melba passed away in 2002 in Newport Beach, California. She apparently went back to her maiden name. 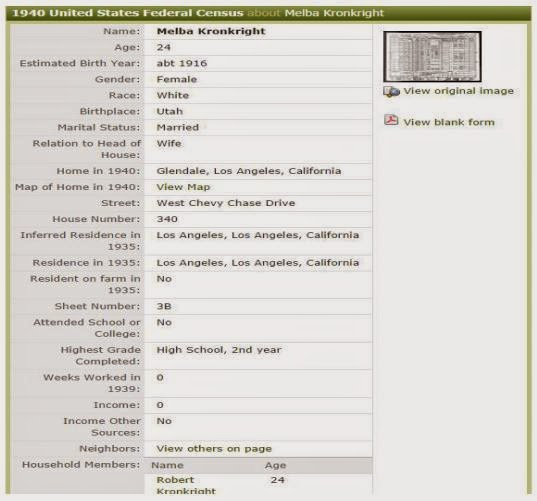 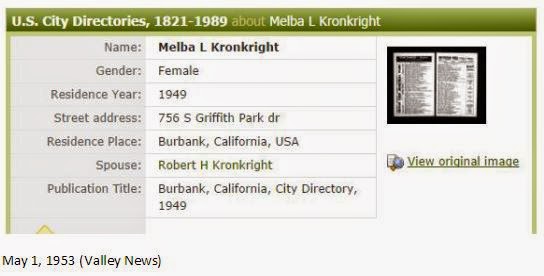 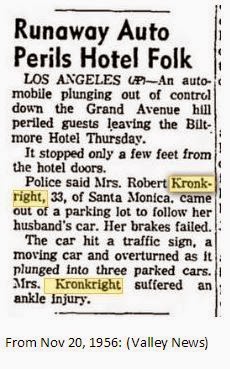 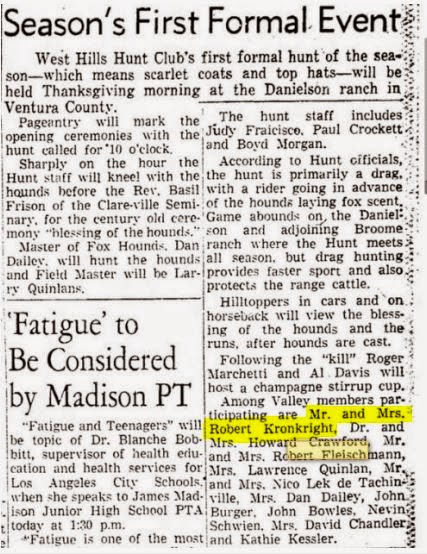 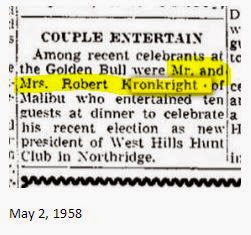 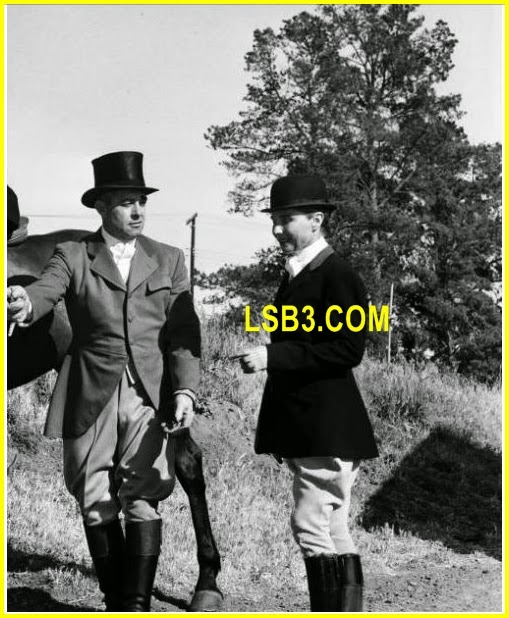 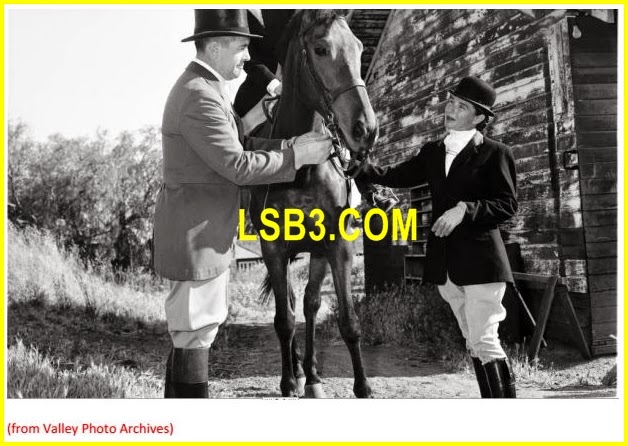 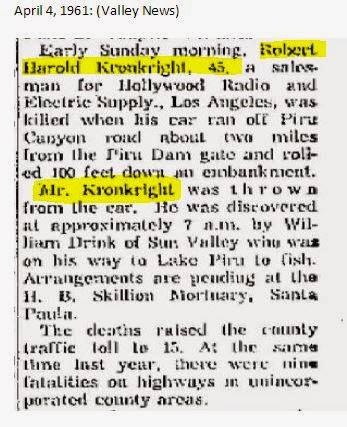 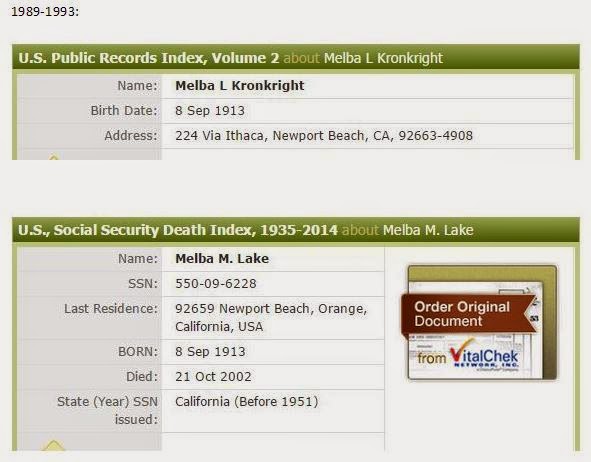 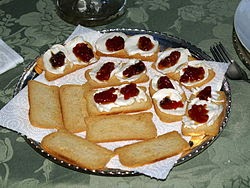 Thanks to everyone who helped to compile this thread.

The Internet is really amazing, isn't it?

No such thing as anonymity anymore is there....

Wonder what else will "pop up" one of these days!

Excellent sleuthing! I was surprised to see Melba pop up on the Witches of Mendocino document. Before then I was beginning to think she was a made up person. Glad you persevered and figured it out!!!!!

Thanks for the thread! I've gotta say, I've never even heard of this woman.

I wonder why a woman in her late fifties would have anything to do with that nutjob or his creepy cronies.

She must have been REALLY Lonely!!

This is really incredible stuff...

Your ( You're?) right though about my grammar as well....

I was re-reading The Family today, trying to find anything about this woman, but did read that when they got arrested in Mendocino, that Pooh Bear had a yeast infection. Is this true?

I hope he only got it from his mother during gestation or the birthing process. The other alternative is so sickening I can't imagine it.

I actually thought of you, as I was posting this thread.

I thought to myself:
This is something that DebS would appreciate.

A few people have asked me:
What is the significance (and/or interest) behind researching this woman?

She's very much a "mystery lady" of sorts... and still is.

For a woman who's been mentioned a good handful of times in TLB paperwork (and lore)... as researchers, we really know very little about her... and therein, lies the curiosity for me.

She may have be mentioned elsewhere, too. That's just the places, that I'm personally aware of.

AND YET...
We really know very little about her... or who the heck, she really is.

#1) Why would a woman (who seems so tremendously affluent) want to befriend the "Manson Family"?

She must have been pretty close to them.

Manson gave her a car... and according to Sanders, some money too.

She vouched for one of the girls, during the Mendocino incident.

They visited her periodically, and hung-out by her "heated pool".

The "family" spent an entire week, shoveling shit for her (several hundred stalls-worth).

And these, are just the things we know about.

Wilson was ALSO an affluent person (who befriended "the family")... but (I assume) his primary attraction, was the young girls.

I have to ask myself:
What WAS it, that attracted this "blue blood" woman, to the Manson Family???

#2) The whole "rich thing" is kinda confusing too.

Sanders states that she was rich.

Then (in the next breath)... Sanders states, that she had fallen on hard times ("impecunious times", to be exact).

BUT...
He also states, that she owned a "luxurious ranch" in Malibu... hosted private parties at her "heated pool"... and had "several hundred" horse stalls.
That doesn't sound too "impecunious" to me! LMAO

It's all somewhat contradictory and confusing.

I mean:
To look at the equestrian photos, you'd assume she was a rich baroness.

But then again...
Why would a woman that rich, need a car (and money) from Charles Manson???

I'd love to see this woman interviewed!
That would be a real hoot!
But Alas... her AND her husband, are both deceased.

Maybe one of the Manson Associates would be willing to discuss the mysterious "Malibu Melba"?

Does anyone think Manson was "balling" that??? LOL

Manson doesn't generally give-away cars and money, to too many people.
He usually "takes" stuff.

Was there a "romance" between "Manson" and lonely "Malibu Melba"?

According to Sanders:
"Unmentionable and secret were the encounters around her heated Malibu pool."

You know, funny you mention that...

Backporch put up an audio (a ways back) with a convo of he and Charlie...

Manson was telling him about a rich lady he had a rendezvous with at a motel out in the desert (I want to say Blythe, but not sure)...he said she was hung up on him, but he didn't feel the same way...I think he jammed and left a suitcase or shoes, or something like that there.....I always wondered who he was talking about...lots of names came to mind...

Maybe Sunset can track that audio down...hey, where is Sunset?

I just did the math:

Was Manson "balling" this lonely 56 year-old widow, just to gain access to another luxurious (and free) hangout?

He gave her a car, and some money to boot.

I don't know what the "connection" was, but they obviously liked each other, a whole lot!

One hundred dollars (and a free tinfoil hat) to the first person, who can tie "Melba" to the drug motive! LOL

Was she "bankrolling" Tex's drug operation from "behind the scenes"??

Ooo, ooo, Mr. Kotter!!!! Why didn't the Family stay at this chick's ranch if she had so much room and if they were giving her a car?

Stormy, good question. But, I have a feeling they would have worn their welcome out, like they did at every other place they stayed.

Wishful thinking on my part (tis my forte) but I've always longed for a credible Family source that the TLB super researchers (L/S, Deb, Patty, Matt, Kimchi and others) could go to for verifications and clarifications. I've always thought either Cappy or Gypsy would be solid 'go-to" sources but alas they've chosen wisely and remained elusive. Actually, Charlie himself is probably a good source if you can wade through his bullshit. Stupid question (another forte) but does any of the TLB bloggers stay in touch with Manson. I thought Candy and Nuts used to, but haven't seen her in awhile.
any insights Lynyrd...great thread and even better post mid-way. You're on your game big time.

a super sleuth would check Melba's medical records and see if by chance she got a slimey "gift" from Charlie and/or the Family.

the dailybeast.com today has Gay Talese's 1970 article on Manson featured.

My gut feeling about Melba's connection to the Family is that it was through the Pitman's who also lived in Malibu. Of course that's only my gut which is sometimes wrong.

The Pitman's lived in Malibu and had the wealth to have run in the same social circles as Melba. I don't think you could say that about any of the girls that were arrested in the Mendocino Bust.

Hi Deb. I've re-read your comment several times because I was confused. It sounded like you were saying that Pitman was arrested in Mendocino, but what I think you're saying is that the info said it was mistakenly said that Melba was a friend of a "defendant", but that she was a friend of Nancy's, through the Pitman family.

Am I reading that right?

Melba Kronkite was contacted by Vincent Bugliosi informing her that Charlie Manson had put a hit out on her.

Supposedly over her meddling with the children on the ranch and CPS.

Melba Lake was born in Mexico to a Mormon family. Her father was Willard Lake rode with Poncho Villa as a cook.

Her sister Margaret Lake was born in Mexico as well. She married a Mason and was an Eastern Star.

Her only living sister is Maureen Wilson in Oceanside, Ca.

During the Manson trial all Melba's family member's were cautioned about the family. This included nieces and nephews.


During the Manson trial, Vincent Bugliosi contacted Melba Kronkite informing her that Charlie Manson had a hit on her.

Melba fled to Switzerland. Prior to her leaving the country her immediate family was also told be cautious of anything unusual.

Melba's family history is interesting in itself being that her father was Mormon living in Mexico. Both she and her sister Margaret were born in Mexico. Margaret married a Mason and oil man, who died of knife wound to the heart.