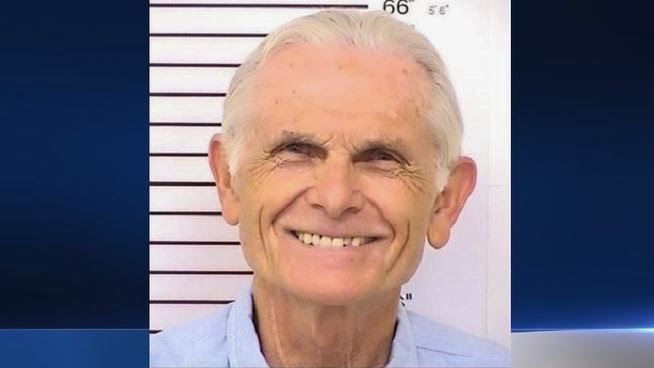 The California Department of Corrections and Rehabilitation’s Board of Parole Hearings granted the order for Davis, 71.

The decision was made during a parole consideration hearing at California Men’s Colony in San Luis Obispo.

The decision was the result of Davis' 28th parole suitability hearing.

The suitability finding is subject to a 120-day decision review period.

If the grant is finalized at the conclusion of decision review, the governor may conduct an independent review of the decision.

Under California law, the governor has 30 days to reverse, modify, affirm or decline to review the Board’s decision.

Davis was sent to state prison on April 21, 1972, with a life sentence from Los Angeles County for two counts of first-degree murder and conspiracy to commit murder and robbery.

He was convicted for the July 25, 1969, murder of Gary Hinman and the murder of Donald “Shorty” Shea sometime in August 1969.

Davis has been granted parole twice – in January 2010 and again in October 2012.

Davis challenged the reversal in court, but it was upheld in 2012. Governor Edmund G. Brown Jr. reversed Davis’ second parole grant on March 1, 2013.

That picture of Bruce looks like a grinning skull.

I think it's ironic that Bruce most likely now looks like Shorty's skull when it was unearthed.

Bruce did NOT kill Gary Hinman, but in the eyes of the law, he was responsible. I think that's consequential. I don't see any malice toward Gary, just a HUGE disregard for his future.

Does today's action really have any meaning at all. This is the third time Bruce has been granted parole. We all know the litmus test is if the gov will sign off. No doubt Debra will be calling out her calvary again. At the very least it is a political hot potatoe for the gov. It'll be interesting. Imagine being in Bruce's shoes and having the gov pull the rug out from under him a third time. How do ya survive that?

I still have a hard time grasping exactly why Debra Tate is allowed to testify at his parole hearings. He had nothing at all to do with the murder of her sister. And Babs Hoyt testifying that she heard screams from a distance of over a mile? Not Hoyt or anyone in her family were murder victims. I don't see why she's allowed to testify. Politicians and lawyers are dirty bastards in my opinion.....

There is news rip about Davis' parole hearing HERE.

To the best of my knowledge, no other state in the union allows the governor to change, modify, or reverse a decision by the parole board. It was designed that way so that one person can't dictatorially decide who remains in prison and who doesn't.

In the state I did 3 years in prison, there was no constant re-hashing and re-trial at every parole hearing. Once the trial was over, inmates did there sentence and that was it. Prison inmates had a few rights also, such as not being threatened or harassed by victims family members while being locked up in prison.

To be honest, I don't know how Manson, Beausoliel, Davis, Krenwinkel, and Van Houten have even managed to stay alive in prison since 69/70. I did 3 years, I seriously doubt if I would have survived 5.

that's a great point Sunset. Surviving 45 years of incarceration is no small feat. It's funny or odd to think it may be easiest for Manson since he claims prison as home. And I think Tex and Pat know they aren't getting out, though Tex clearly has harbored delusions over the years. But everyone, including Vince, thought Leslie would be out long ago. Her trial behavior and unforgettable devotion to Manson is what keeps her in. Is Bruce still in because he was convicted of two murders and hence labeled a multiple-murderer. If Clem had been charged in the LaBianca case and tagged a multiple murderer would he still be in?

Wanna help find the missing Malaysian air liner? This site sends you satmaps for you to search. There may be hundreds of thousands of other internet searchers looking online with you. That makes it even stranger that the plane is still missing.

Thanks, Venus and Katie. If someone is convicted of two murders, he should not get parole. Who, then, should get life imprisonment with no possibility of parole if not Davis?

Carol I agree. The thing that stands out in my mind more than anything was the way they were so smart-ass and had absolutely no remorse for killing people. I think they thought that Charlie was going to snap his fingers and they'd all just go free. After years went by and they figured out that wasn't going to happen, they suddenly grew some remorse.

I'm not buying any of it. I think the only remorse they have is that they got caught and found out that Charlie wasn't as magical as he claimed.

I find this thread title, somewhat misleading.
I know it was taken straight from an AP article (so, I'll leave it)... but it's misleading, nonetheless.

Bruce was "approved by the board"... but he wasn't actually "granted parole".

In order to be "granted parole" (in the truest sense), Bruce needs the governor's signature.

Being "approved by the board" and being "granted parole", are two different things.

Bruce has been approved (by the board) 3 times now, and he still hasn't been "granted parole".

Like I said... the title of this AP article, is somewhat misleading...

Davis's left ear sticks out much more then his right ear. Since he has time to sleep alot, would it be right to assume he sleeps on his right side?

Lynyrd I just thought of something even funnier.

The title of this thread is "Manson Associate Bruce Davis Granted Parole. Thanks Venus!"

It sounds like Venus is the one who paroled him. HA HA.

The scary thing about the Malay jet disappearance is that the plane may have flown on for 7 hours out over the Indian Ocean with everyone on board dying one hour after takeoff. For 6 hours it was a macbre flight of the dead.

Hey! Let me make this perfectly clear....I did not grant parole to this man! (Do those 2 statements ring a bell?! LOL)

Would I be stupid to say ?

Yes Bobby you would be stupid to say.

Okay, you are right. Thanks.

With regards to the missing Malaysia jet. My guess is that once the hijackers had taken over, and flying for some hours, the passengers began to get visions of 911 in their heads. Believing they were going to die anyhow, they rose up against the hijackers and all hell broke lose.

This seems to be a pic of a plane sitting on the ground. It looks too small for a 777 and the tail section appears to be broken.
Maybe this is an old abandoned air field.

How come Manson is the only one that still looks the same, besides the grey hair he looks like he did in the 60s. Maybe being crazy does has it's advantage.

All this hoopla over the plane. Unless the government as usual knows something they are not reporting, I THINK the story may end as a simple mechanical/pilot error plane crash. All this terrorist/hijacking theories so far have been supported by wild imaginations, and without any evidence. Theres only one talking head on the boob tube suggesting this, but no one is listening because it doesn't equal ratings. But I guess time will tell.
First find the plane, then tell us what happened.

Davis never stood a chance to see parole....his connection to Charlie will most likely keep him inside until he passes..not sure how Clem got out...but I dont see Bruce seeing freedom anytime soon. It would open too many wounds and bring the whole Manson thing right back to front page...and I am not sure the government is ready to open that can of worms...just a thought.