I'm currently reading Linda Ronstadt's book Simple Dreams. In her book, Linda relates how she (and her friend Nicolette Larson) were really into roller skating. This was during the late 1970's, when skating was very popular. I can relate, because I loved going to roller discos!  While skating in Southern California one day, Linda and Nicolette met Leslie Van Houten. 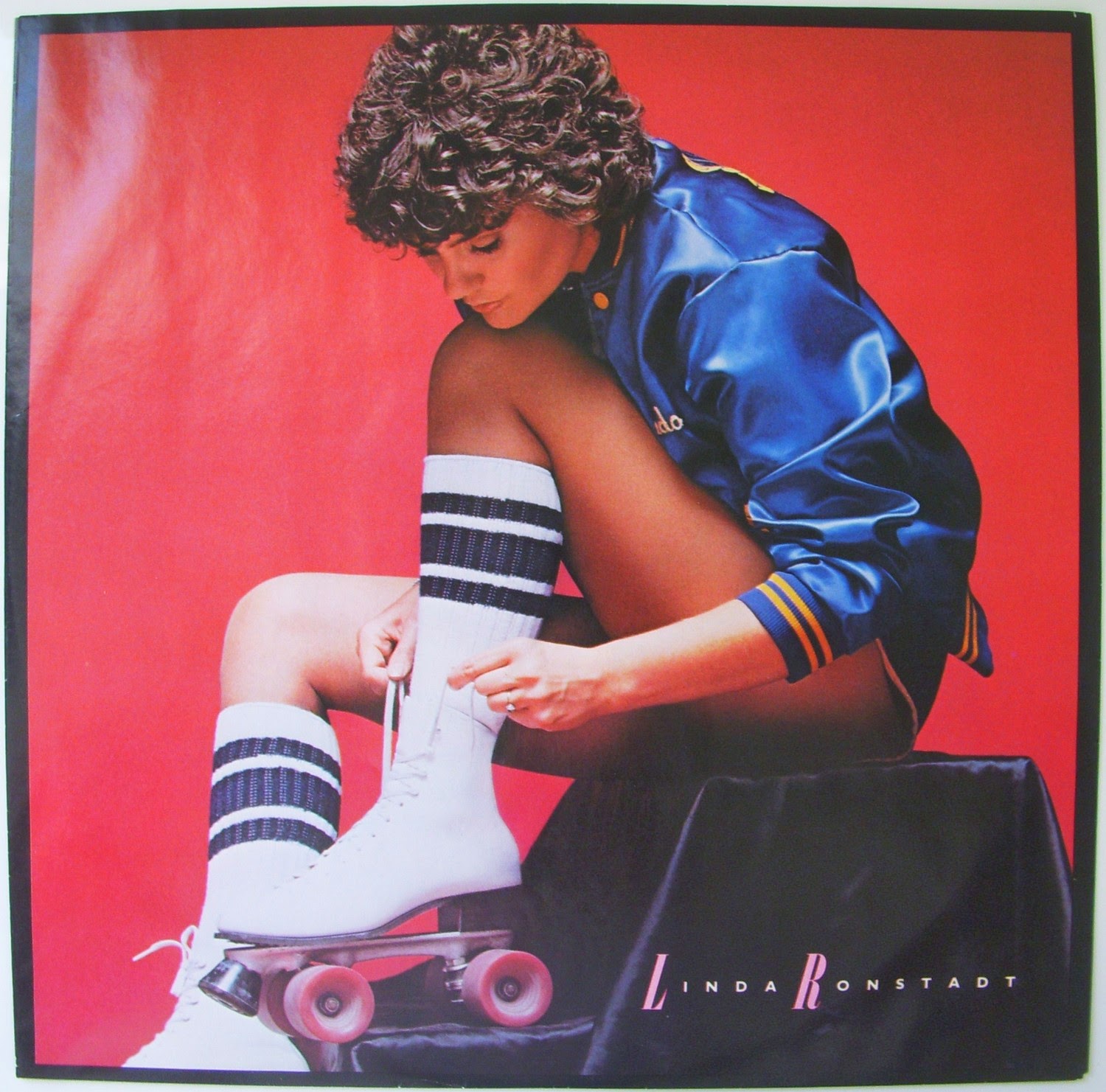 On to the story (excerpted from Simple Dreams):

Nicky and I started skating on Venice Beach, which we loved because it was full of extreme Southern California characters. There were old Jewish lefties playing chess, whatever was left of the Beat Generation, Muscle Beach bodybuilders, and street performers. There were also slackers and stoners of every description lying around enjoying the warm sun and the great looking girls in skimpy clothing.

Skating liberated us from car culture. If we saw something we liked, we could stop and join in immediately without having to park. If we didn't like what we saw, we could roll on by. The two of us were both novice skaters and could stop only by grabbing on to a pole or a tree.

We had a pal named Dan Blackburn, who worked as a news correspondent for NBC. He was a good skater and offered to meet us at the beach and give us some tips. Dan said he would bring a friend he wanted us to meet. He arrived at the designated hour and introduced us to a slender brunette, quiet and pretty, with a refined, well-brought-up manner. Her name was Leslie. We skated for an hour or so, until we were accosted by a tangle of people who were lying on the ground, trying to grab our ankles and begging for water. Some of them were eating dirt. They were obviously wasted on something strong. Someone said it was "angel dust," which was the street name for PCP.  The analgesic effect of angel dust can prevent users form realizing they need water, and by the time the drug starts to wear off, they are desperate with thirst.

We managed to slide away and skated to a nearby restuarant for lunch. After we ordered, we began to talk about how we felt sorry and embarrassed for the people we had seen, that they had been shorn of any dignity they may have possessed, and that angel dust looked like a bad drug. Nicky and I had never tried it, and wondered what could be its appeal. Quiet Leslie became animated and said that yes, it was a very bad drug, and could cause one to do things one would never do when sober. She said she knew this, because she herself, had done some bad things under the influence of drugs and had gone to jail. Remembering my own jail experience, I naively asked her what she was arrested for. "Murder," she replied. "Well, who did you murder?" Nicky sputtered. Leslie replied that her full name was Leslie Van Houten and that she had been part of Charles Manson's "family." Nicollete and I were choking on our burgers. She seemed so nice and normal.

We wondered as politely as we could, how she had gotten out of jail and could be lunching and roller skating with us instead of sitting in a cell with the rest of her cohorts. She was out on an appeal because her attoney disappeared during the trial, and so she was found to have had ineffective assistance at trial.

As she saw it, the combination of Charles Manson's influence, plus the drugs he had encouraged her to take, would convince the court that she was not in her right mind, and therefore innocent. Dan and Leslie left us pondering how someone's life could change so irrevocably from normal to grotesquely tragic. As we skated back to where the car was parked, we wondered, could this happen to either of us? Or someone we loved?  It definitely reinforced the hearing loss argument against drugs. I remember feeling so disturbed and distracted that I lost track of what my feet were doing and fell hard on the concrete. This, added to my fall down the stairs at the Capitol theatre a few years earlier, caused yeares of back problems.

Leslie's appeal, no surprise, was ultimately unsuccessful, as she was retried and ultimatley found guilty. After close to a year of freedom, she was returned to prison, where she remains to this day. 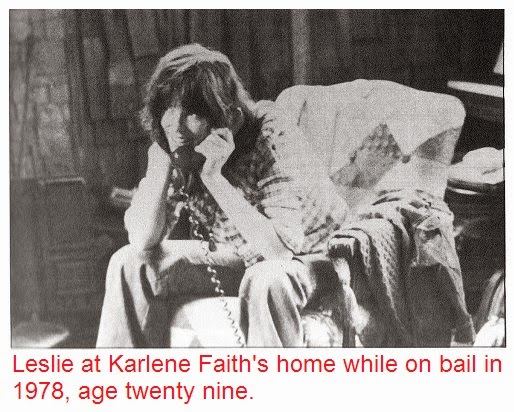 The above photo (from this time period) was found on the "Truth on Tate-LaBianca" website.
Truthontatelabianca.com

It's strange that most Californians never meet famous showbiz people but the Manson Family can't help but meet big stars every time they o for a stroll on the beach.

Thanks Venus. It sounds like hard work skating on a beach. And nothing ruins skating as much as being accosted by a tangle of people who are trying to grab your ankles, begging for water and eating dirt. LOL.

Leslie's on the phone saying "yeah, we offed some pigs and I was the only one who got away with it." LOL.

Does anyone actually think that Leslie didn't know who Linda Ronstadt was and that she was dating Jerry Brown?

Give me a show of hands.

It was all a set-up. Leslie was trying to get "an in" with Linda. She was a deceiver back then, and she still is.

I can just see Leslie skating.

She tries to dazzle the crowd, ending with a triple followed by a camel spin.

After which she plants her big left foot on the floor, with the right foot toe down behind it, bows to the crowd and blows kisses.

Thank You Katie, for your extensive research.

Linda Ronstadt really help me through some tough times during puberty.....

Doc, I thought Marianne did that???

Doc! As long as you don't include Gilligan and the Skipper, we're good to go. LOL.

And what's the deal with the professor? The guy can make a radio out of a coconut but he can't patch a hole in a boat?

And I think there's some kinda spark between Gilligan and the Skipper. "LIttle Buddy!"

Did Linda and Maryann really help you through the tough times?

Is it more accurate to say, that those ladies helped you to help yourself?

Let's just it was just like Jackson Brown's song..... Rosie. Give that song a good listen and you'll find a subtle, hidden meaning.....

From when to when was Leslie out of jail on Bond for her Appeal, Thanks

There is a concrete walkway, that people can skate on and ride bikes. It runs parallel to the beach.