Sunset 77 shares more of his tour of West Virginia

I saw a YouTube video where Charles Manson mentioned 3 small West Virginia towns all located in the northern panhandle of WV.  I'm guessing it's been 50 years since Charles Manson has been anywhere near WV, I'm surprised he even remembers the place.  When I went to Moundsville, I stopped in a convenience store and asked directions to the old prison, the woman said, "go down here to the first stoplight, turn left, it's seven blocks".   On my trip to McMechen I stopped in the exact same convenience store and the exact same woman told me, "go down here to the first stoplight, turn right, it's about 5 miles you can't miss it". 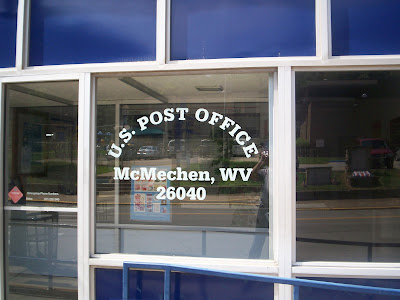 There are no "tour guides" in McMechen, basically all I have is some random pix of the town.  I have no idea which house or which street Charles Manson may have lived on, it was a beautiful sunny day at that time and I wasn't going to ask random people on the street about Charles Manson. 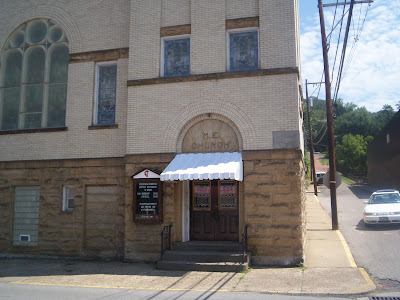 This is the Methodist Church across the street from the post office. 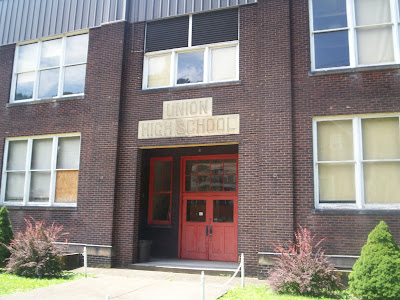 There is a new high school just on the southern edge of McMechen.  This one is on the northern edge and might have been there in the time of Charles Manson. 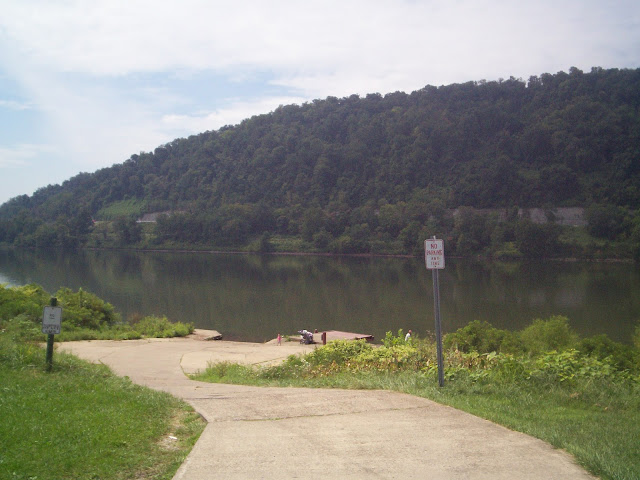 The Ohio River flows along the western border of the northern panhandle of WV, separating Ohio from WV.  There is a 4-lane highway that splits McMechen into an eastern and western part, I took this pic in the western part, that's the state of Ohio across the river. 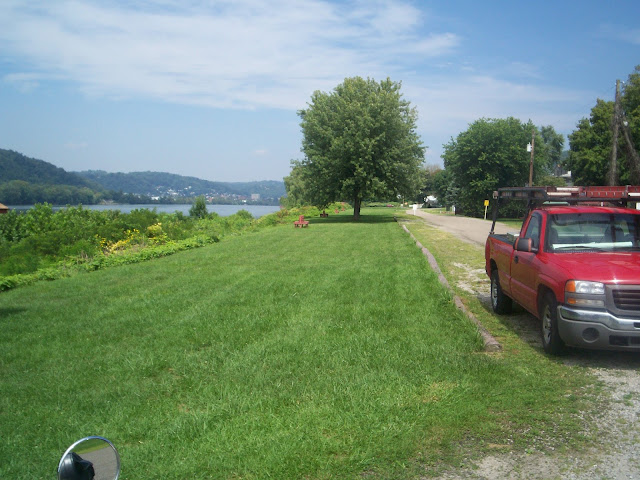 This is another view of the Ohio River looking towards the town of Wheeling WV.  McMechen was larger than I expected it to be, I'd guess there were around 500 houses, some were old but they were not dilapidated.  The yards all looked to be well maintained.  I would have never guessed a connection to Charles Manson. 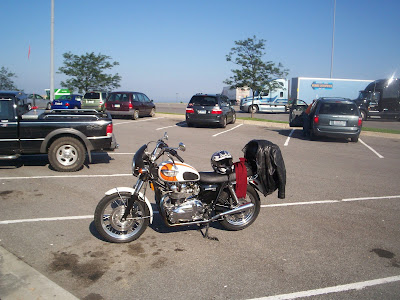 My dumbass neighbor's "accu-weather" forecast for that day was "its gonna be sunny and 80 degrees, you won't even need a jacket."  On my way home as I slogged through pouring rain and 50 degree temperatures I was glad I had my full face helmet and leather jacket.
Posted by sunset77 at 12:47 PM
Labels: McMechen, Moundsville, West Virginia

Sunset, Charlie's old homestead has a chainlink fence around it. Wonder why?
They probably got tired of stoners at their door wanting to know if Charlie can come out to play.
They should just put up a sign that says, %%%% off.

Thanks for taking the time to post these cool pics sunset!

What year is your Triumph & what engine ? if you don't mind me askin.

The northern panhandle of WV is a narrow strip of land more of a state unto itself. There are no good roads from the rest of WV up into there, it's much easier to get to from the interstates in OH and PA. McMechen is very close to Moundsvlle, where that nasty prison was, almost within walking distance. I'm guessing Manson's mom might have been involved in an attempted robbery of a gas station and got put into the prison in Moundsville, the tour guide said she was in there.

Wikipedia says "Lady Gaga's" mom is from McMechen. As far as towns go, it was pretty clean and neat. Much larger than I expected, compared to "Crabapple".

The bike is a 2005 Triumph Bonneville T100. The engine is a twin cylinder, DOHC, with an oil cooler. I'm not exactly sure of the displacement, but I think it's around 800cc. The book that came with it, lists 2 possible engine sizes, I think you have to look up the VIN number to determine exactly which one, which I've never done.

It's not a racing bike, but it's light, nimble, powerful, and the disc brakes are excellent. My dad had '65, 67', and 68 Triumph Bonnevilles, and the difference is like night and day. (He also had a 1949 Indian Super Chief that I wish he still had).

The last post on here was about ATWA. I talk online with a woman in Belgium that posts vids of the nature stuff in her area frequently. If anyone is interested in what caterpillars in Belgium look like, vid HERE.

Nice caterpillar, Cant have butterflies without catapillars. I have a sweater that is the same color , in fact i call it my caterpillar sweater. Thanks for the info & the bike info Sunset.

Some files concerning Lynette Fromme's assassination attempt on Gerald Ford have been released.

I doubt it is a coincidence that the tape was released at this time when a raging fire is burning near the giant Sequoia. Squeaky tried to kill Ford because she believed the Redwoods were in danger.

I just ran across a pic on another blog that is claimed to be the skull of "Shorty Shea" when it was found.

There are possible stab or chop wounds visible. The pic is somewhat graphic.

Jeez Sunset, those look like Police photos, probably are...

Not sure if any of you have seen this, but there is a new website up called Mansonsbackporch.com

It has all kinds of rare documents and photos...

Now I know who Uncle Jess is, LOL

It's from Michael at Backporch Tapes' collection and conversations..

Thanx for the link to that website Kimchi. One thing I noticed was the story of Manson delivering Mary Brunner's baby, biting through the umbilical cord, etc. I think I read that Susan Atkins claimed to have delivered that baby in her grand jury testimony.

I'm guessing that either way, it was probably a pretty traumatic experience for Mary Brunner. If I remember correctly, hospitals at that time kept pregnant women for a week or two after they delivered. Nowadays, I think they kick them out after a day or two because they are so cheap.