Why do we care about these crimes?

Venus Writes:
What is it that makes a crime so notorious and newsworthy?  People are murdered every day, but only a few crimes are ever talked about.  Why have some crimes become historical?  What makes them topics of never ending conversation?  Why do we CARE?

Think about Jack the Ripper, the Black Dahlia, the Clutter family murders, the MacDonald family murders....do these murders resonate because they happened to regular people?  They could've happened in one of our neighborhoods.  The Clutter family was a well-loved and respected family.  Their murders happened in a small town.  Was that why it was so shocking?  Things like that shouldn't happen in small towns.  Do we think that they should only happen in big cities with high crime rates?  After all, that makes more sense, right?  Crimes are more common in big cities.

Why are we so fascinated?  Is the main fascination with Jack the Ripper and the Black Dahlia the fact that they were never solved?  While there have been numerous suspects, no one was ever tried for the murders.

What about the celebrity murders?  To name a few:  Nicole Brown Simpson, Lana Clarkson and, of course, the Manson murders.  Why do we care if celebrities were killed?  Is it because we think that things like that shouldn't happen to the rich and famous?  Does it make them seem more normal?  Do we feel as if we knew the victim since we've read about them in magazines and seen them on the movie or TV screen?

Do we care about Sharon Tate because of the horrific fact that a very pregnant, defenseless woman was murdered?  She died while trying to protect her unborn baby.  Is that why we feel so much (understandable) sympathy for her?  Is that why this crime still generates so much attention?  Do we care because an heiress was murdered?  How many people probably walked by Abigail Folger on the street and never knew who she was?  Jay Sebring was a famous hairstylist.  He died while trying to protect his former fiancee.  It made him into a heroic figure.  Is that why we care about him?  Steven Parent was just a teenager whose own parents couldn't believe he was murdered at a movie stars house.  The LaBiancas were a couple enjoying a night at home.

Or....is it because we're grateful that it didn't involve one of our loved ones? 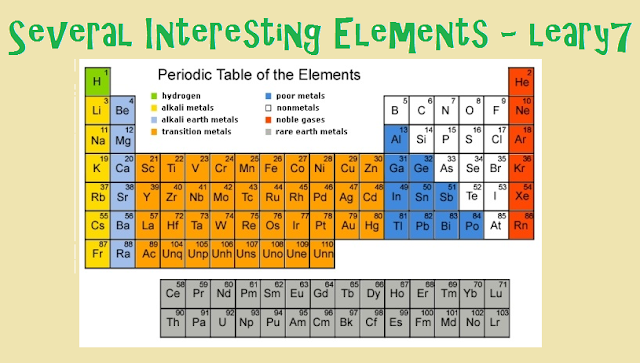 Why is this case so memorable, marketable and widely-discussed?
That’s an interesting question, which has been debated and pondered many times.

If you polled 100 people, you’d get several different answers.

My best experience (in regards to this question),  was a lengthy discussion between Leary7 and SaintC.
It was one of their first blog conversations… and it pressed-on for several days.
OK… it was more of an argument, but who’s counting. LOL

As Leary said it best:
"This case is interesting, because it contains 'several interesting elements'".
I couldn’t agree more.
Leary nailed it.

Ed Sanders opens his book, with a strikingly similar sentiment.

Sanders writes:
"The Manson case had everything--- it ripped aside enough of the veils of Hollywood to titillate the nation’s and even the world’s interest.  It had rock and roll, it had the lure of the Wild West, it had the essence of the 1960’s with it’s sexual liberation, it’s love of the outdoors, it’s ferocity and it psychedelic drugs.  It had the hunger of stardom and renown; it had religions of all kinds, it had warfare and homegrown slaughter, it had it all in a huge moiling story of sex, drugs and violent transgression."

For some folks (such as Venus)…  the Hollywood backdrop is their main catalyst… (with Sharon Tate and Jay Sebring as their focal point).  Their focus is fueled by "stars who have fallen from the sky" sorta speak.  "Hollywood" as it were, is the allure.

As for me, the Hollywood angle has never been a major motivator (of my interest).  It’s certainly an interesting piece of the puzzle (no doubt).   It adds spice.  But people have been murdered in Hollywood before… and bottom line… most of the victims weren’t really famous anyway.

No… it’s the context of these murders… and most specifically… the killers themselves… who make this topic interesting (to me).  It‘s "the family’s" unique lifestyle… the 1960’s setting… and my eternal intrigue with Manson’s psyche which motivate me.

I’d love to crawl inside Manson’s brain for a week, and take a good look around.
Psychologically… what makes this guy tick?

As for the other "Manson associates":
Who ARE these freaks? And, how did they arrive at this strange ability to kill without remorse?  What “transformed” them??  OR…were they transformed at all??  Could it be, that these folks were always predisposed to evil acts, and simply needed the right set of circumstances to trigger them?  And if that’s the case… how did they all find each other??  That notion certainly brings renewed meaning to the phrase “birds of a feather… flocking together”.

Their lifestyle (and  unwavering devotion) is yet another, related study.

Bottom line:
From a psychological and sociological standpoint, this entire situation (and the folks involved) presents a goldmine of study.

Then of course… there’s the girls… always the girls.
Heck… what red-blooded man, isn’t intrigued by a bevy of beautiful young women?
The “Manson women” have ALWAYS been a huge draw for me.

And then of course… there’s the "legal element".
It’s not my top interest… but, I do enjoy kicking-around legal debates, as much as the next "makeshift lawyer" from time to time LOL

And of course… last, but not least… there’s the endless “motive” debate and question.
"Motive" is a topic, which any legitimate TLB forum must explore.

Yes… there are several reasons to become interested in this case.
“Several interesting elements” as Leary, said it best.

There’s "something for everyone".  And THAT my friends, is why this case has stood the test of time… and books and movies will continue to be marketed.

For the record:
I believe the TLB case involves MORE "interesting elements" than any other murder case in history.  The only case which approaches this case (in terms of interesting elements), is the JFK assassination.  But still, I give the nod to TLB, by a landslide.

And in all murder cases… I submit… it’s the motive and the murderers, who make things interesting.  Not to sound flippant… but truth be told… anyone can become a victim.  The concept of "victim" (in and of, itself), is somewhat self-explanatory.  The real question becomes:  Why did the murderer kill?  What made the murderer tick?  What was going-on, inside that freak’s mind?  What circumstances led to this horrible situation?  How and Why, did this happen?
And THAT, my friend Venus, is the REAL intrigue! LOL

Heck… what red-blooded man, isn’t intrigued by a bevy of beautiful young women?

What beautiful young women are you referring to? LOL.

Personally, for me it's the constant need to find out WHY. I think that's why I have always kept on with this case. The debate about that will probably never end.

Also, we have these perps trying to get out on parole and that always sparks new interest at different times in this old case.

Thanks, Venus. Interesting question. For me, it was just being a fan of Sharon Tate. I was in high school in 1969 and had been a fan of hers. I thought she looked so pretty on the "Valley of the Dolls" movie poster. And I thought it was so cool that an All-American girl married a European director, and the one who directed "Rosemary's Baby"! My parents wouldn't allow me to see "Valley" but my aunt gave me the book "Rosemary's Baby" and I loved it. I heard about the murders on the radio at my friend's house and the first thing I thought was, What happened to Sharon's baby?

Rosemary LaBianca was NOT selling drugs. And you can bank on that. According to 3-Hole. LOL.

I watched The Three Stooges Movie today and some parts were hilarious! I wish I could rewind them and replay them. Funny stuff.

Here are the real Stooges:

Not to sound like a who's on first, but why is the answer, Venus. At least the short answer with regards to TLB. Everyone but the acolytes agrees on the who, what, when, where and how. If we weren't curious about the why then we all would just be tawdry lurkers of the macabre. But by focusing on the why we become "noble seekers of the truth".
At least that's what I keep telling myself.

I could generate many answers to this question (as, I did). LOL

But forced to choose just one answer... I'm with Leary on this one.

The "Why" takes precedence.

Why? Because the perps aren't talking. And the only perps who know why are Charlie, Tex, Bobby & Bruce. The girls are as in the dark as we are.

Another interesting avenue in this case is the cast of characters.

We've had several people, starting with the 70's and continuing into today, that have gone in and analyzed all these people, possible motives, to no avail. It still doesn't add up, no matter who is writing what new book:

and we're still sitting at ZILCH. Nobody has presented a case worth listening to.

No matter how you put the puzzle together, somehow you have some pieces missing.

It’s like the 3-hole wonder. She will never reveal why she killed Travis Alexander.

Why? It’s because she would look more heinous if she told the truth. Even she can't make up a good enough story to fool the experts.

The same is true with these clowns. They have a fantasy that someday they will get out of prison. And that fantasy is based on some “Peter Pan” prospective that the public in general will view them more favorably if they dance around with their stupid lies.

Maybe we'll get some deathbed confessions from the two remaining imprisoned girls, kasabian and watson. When I say deathbed I mean a written account or an interview once it becomes certain to them that their health is failing and they're not getting out. I doubt anything from Charlie. I hold out hope that we'll know more than we know now.

Somehow I guess I didn't get my point across. Oh well, I still enjoyed reading everyone's posts!

Sorry, if I missed your point.
Feel free to explain.

But please... be more direct. LOL

I mean c'mon Venus... let's be fair about this:
You posted 24 questions on your thread.

LOL Lynyrd! I can't really think of how to explain it exactly. I'll work on an explanation tho! ((((hugs))))