LANSING, Kan. (AP) — Kansas officials have exhumed the bodies of two men executed for the 1959 slayings of a Kansas family made infamous in Truman Capote's nonfiction novel, "In Cold Blood."

The Kansas Bureau of Investigation said the bodies of Richard Hickock and Perry Smith were exhumed Tuesday at the Mount Muncie Cemetery in Lansing at the request of Florida officials.

The Sarasota County, Fla., sheriff's office asked for the exhumation to collect DNA that could help solve the 1959 murders of Cliff and Christine Walker and their two children in Osprey, Fla.

Perry Smith, top, and Richard Hickock, below, the two murderers made famous by Truman Capote’s classic book “In Cold Blood”. 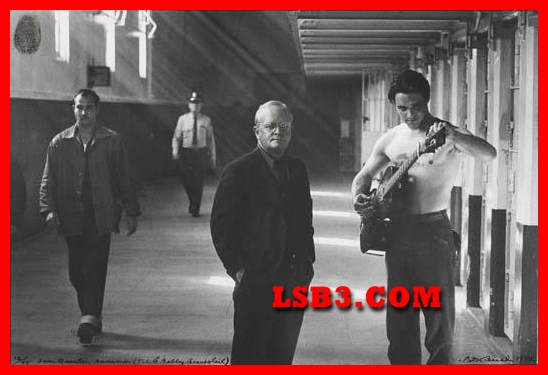 Interesting story, I'm not familiar with that case though. I'll post a comment about how to make a "clickable" link.

A page with a tutorial on how to make a clickable link in Google Blogger can be found HERE.

To make a clickable link you basically need 3 little pieces of what I guess is computer "code".

I keep that tutorial page bookmarked so I can find that code and copy and paste quickly.

To make a clickable link, first copy and paste the first "code" from the tutorial page, (all of it comes from the line marked "2.")

So basically, post the first part of the code, I'll omit some of it:

then post the URL of the link you want:

Then paste the second piece of code:

Then type in what you want your link to "say" such as "Here", "YouTube Vid" etc.

Then the last piece of the code

It's a bit tricky at first, you may have to practice a few times. If you "preview" your comment your clickable link should show up as light blue letters of whatever you've typed in, in my case "HERE".

Sunset, I really appereciate the lesson, but that was like reading a foreign language. I learn more by "doing," not by reading. I didn't "get" it but thanks for the lesson.

The "In Cold Blood" story is so good and so creepy. The original film was supposedly filmed in the Clutter family home. it was for sale a few years ago and I saw pictures of the inside, it was very nice. I wouldn't want to live in it tho.

The other family was murderd in Florida when Smith and Hickock had been seen in the area. The man was shot, his wife was raped and shot, their 3 year old boy was shot and their little girl was shot and then drowned in the tub. Sickening.

Thanks so much Sunset! I'll print this off and use it if I can figure it out. LOL.

Thanks Starship! Interesting info on Hickok & Smith. I can't imagine after all these years there would be anything left but "worm's meat".

That's a new turn in this case. This is another example of a horrific home invasion by people who were strangers to the victims. Hickok heard about Herb Clutter when he was in prison. Some guy told him that Clutter kept a safe full of money (which wasn't true) and when he and Smith got out, they headed to Holcomb, KS to steal it.

What happened next is up for debate. According to Capote, Smith was a homosexual and was attracted to Hickok and was upset that Hickok wanted to have sex with the Clutter daughter. Smith denies this. He says he just wanted to keep Hickok from attacking her.

But, the good news, in this case, is that the killers swung from the high rafters and didn't get any parole hearings.

Love Rules! It's scary. That's all I have to say about that.

I read In Cold Blood about 30 years ago. I highly recommend it. Those two cats are right where they belong.

that picture of bobby is so annoying---he knows exactly how he looks, he's trying to add to his own legend in his head. what a jerk.

Beauders I think Bobby is just as dangerous as Tex. If he hadn't been caught, he might have been the TLB killer.

You never know. He's the one who started the killings.