A Few Minutes with Andy Rooney... Err... I mean, Leary!
Lynyrd's Disclaimer:
I've never read Claire Watkins' new book "BatlleBorn". Consequently, I have no opinion of the book, one way or the other.  "Leary7" has written a lengthy review/thread for us... and since he's well-known  (and well-liked) on the blog circuit, I felt obliged to post his commentary.
In regards to the Clarie's book specifically, I can neither agree or disagree. 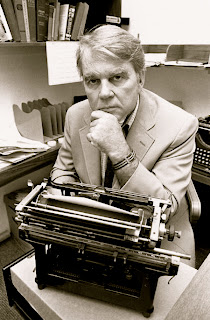 Why I Hated 'Battleborn'
Claire Watkins, Paul's daughter, seems by all accounts to be a very nice person and a really talented writer. Her book of short stories - Battleborn - came out recently and has been getting really good reviews from the critics. The peerless Col gave the book his approval as did a few blog readers. All of which left me with the challenge of figuring out why I hated it so much. I was clueless until...until...
I was reading another thread on this wonderful blog where Lynyrd and Saint were discussing Harold True. I'm with Lynyrd in being a huge fan of Harold's. The guy is a hoot and a half. And his assessment that Manson and The Family are "total idiots" is for me as dead on as can be. I know it is not polite or politically correct to call someone an idiot, but the simple and undeniable truth is that Charlie and the gang were/are the biggest idiots, morons and imbeciles on the planet.

These people were total fucking idiots but we like to see them in the mode of counter-culture icons and social revolutionaries and such. They were not even close to being those things. They were only what Harold called them - idiots.

So what has this to do with Battleborn? Well, there are ten short stories in the book and in reflecting on them I suddenly realized that all the characters in them are pretty much complete idiots. The sort of humorous irony being that Ms. Watkins clearly has no interest in the idiots of TLB, yet her own stories are replete with idiots. Just a couple of quick examples.

The second story really isn't a story, it is a collections of five or six long letters that a guy (idiot) wrote to someone whose name and address he found on an abandoned prescription bottle in the desert. The guy pours out his heart to the 'name on the bottle' not knowing if the 'name' is alive or dead and the story never tells us. I know the artsy/fartsy crowd will say, "wow, how cool, barring one's heart to an unknown, faceless soul". I hate to sound like a cross between Archie Bunker and Rush Limbaugh, but crapola. It is nothing but a story of an idiot doing an idiotic thing.

In another story two Pizza Hut girls who live in a small town 90 minutes from Vegas decide to make a night of it in Sin CIty since they are bored. They go to town, hook up with a gang of rude teenage boys who get em drunk on orange soda and vodka which inevitably leads to either a gang bang or group sex (it seem ambiguous to me). Ms. Watkins was trying to use the old "pathos/turbulence/poignancy" formula but the story had ZERO pathos or poignancy for me. It was just a tale of two idiot girls behaving idiotically.

I could go on but I am boring myself. By all means get a copy of Battleborn if you are into tales of self-involved idiots and morons. Or if you love angst and despair. I am just getting to old and crochety for any of that nonsense. I wonder if eventually I am going to tire of TLB for that very reason - just sick of idiots.

If that really is all TLB was - idiots run amouk - then it does feel kind of silly to me having spent all this time reading and thinking on the subject. I suppose one could ask - who's the idiot now.

Charlie, the master manipulator of idiots, is laughing his ass off at people like me.
Posted by LynyrdSkynyrdBand at 6:47 PM
Labels: Battleborn book, Claire Vaye Watkins, Harold True

Agree or disagree... you have to admit... Leary is a damn good writer.

I wish we had a weekly segment from Leary actually...

We could call it:
"A few minutes with Leary7"

I think we just found an avatar for Leary! LOL!

I suppose many people would call the Manson family "idiots".

Keep in mind though, they managed to murder at least 9 people with varying degrees of culpability and information shared within in a group of 20 people or more, and keep their activities secret from the police for approximately 3 months. To a certain extent, they are all famous with many books, movies, radio shows, blogs, TV shows, documentaries etc. about them.

Manson's efforts to confound the police were relatively successful, at least for a while. Police reports can still be seen online with names in them like "Leslie Sankston","Brenda McCann", "Charles Montgomery" etc. The Manson family didn't do these things by accident. These were fictitious names and had the police bothered to check, some people may be still alive today.

I miss andy rooney... But in all honesty I did like Claire's story about the prescription bottles....I've been to Beatty many times and I could almost imagIne that happening....and I was looking for the Place she said it occurred ...lol, am I gullable or what?

A friend emailed me today and said it was 137 degrees in death valley today, can someone verify that? I can't, I have very limited internet access...I highly doubt it was that hot....

They were definitely idiots. Crime is not hard to do. Some have better luck than others. They had a pretty good run.

Well.....with your negative review of Claire Watkin's book of short stories you have peeked my interest. I'll have to read it.

BTW, I wouldn't call the Family "idiots". The word only partially describes them. i would call them terrorists. Those muslim terrorists do idiotic things but their acts have global consequences that hurt people thousands of miles away. Terrorist start wars with seneless acts of violence designed to force others to defend themselves with guns.

For the younger bloggers, that big contraption in front of Andy Rooney is a typewriter. LOL

"Well.....with your negative review of Claire Watkin's book of short stories you have peeked my interest. I'll have to read it".

It certainly works that way sometimes, doesn't it? LOL!

This thread will probably sell more copies, than any other.

I'm kinda wonderin' what Leary's so upset about myself! LOL!

I gotta say...
I'm not sure one's ability to commit crimes and get away with it (avoid imprisonment), is the greatest yardstick for measuring intelligence.

I mean...
That's kinda like the "lowest common denominator" for measuring intelligence, isn't it?

It seems to me, a real intellectual would avoid crime altogether.

The Family ranged a great deal in age. Nancy Pittman was a child of 14 when she met Manson. Early pics of her reveal a child's face. Little Patty and Gypsy were 26.

If you listen to self descriptions by the Family you will always hear them boasting of being college grads and prodigal musicians.'

Far more than idiocy I think you see a hysteria in the Family's thinking.

"God does not play dice with the universe"

Ah, you're killin me Lynyrd. I HATE HATE HATEd Andy Rooney. Just the sound of his voice would send me into convulsions. But I do come from that world, sad to say.
I have a saying about the Irish...
The Irish are blunt in their affections, and even 'blunter' in their disaffections.
That's my simplest explanation for not liking Battleborn - I am old and Irish. Tastes change. I used to love Kerouac but now I can't read five pages of his stuff.
I'm sure Mr. P and many other folk will enjoy Battleborn, as well they should.
It may just be that after surviving cancer and a triple-bypass I simply have no appetite for things like angst and forlorn despair. They bore me. And idiots, for the most part, bore me too.
Charlie, on the other hand, is a most entertaining idiot.

By the way, my library got a copy of Marlin M's book 'Charles Manson Now' and I read it in one sitting. Unusual for me, but I don't have a strong opinion about it.
My dad used to have a phrase for inconsequential things calling them a "puff of smoke". I guess that is what I would call Marlin's book. There just wasn't that much there there - to paraphrase Gertrude Stein I think. The book had a couple of insights and entertaining anecdotes but I am still not certain what Marlin's goal was - to define Charlie from a psych standpoint?
Ah, what the hell, it was a nice effort, just maybe a bit to self-focused and indulgent.

It is, actually, and interesting point of discussion....
were Charlie and his Family more that just idiots?
I honestly don't think they were. But of course we ALL WERE IDIOTS for the most part during our teen years.
It's just a most dangerous combination - idiocy, drugs and hatred. It almost always concludes with some degree of violence.

Leary I haven't read that book but I've read an excerpt and it was pretty dark and dreary. It's hard to get thru something like that.