Fifty Sides of the Beach Boys:The Songs that Tell Their Story 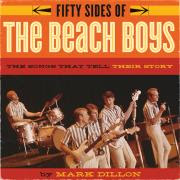 Related Article from the Author 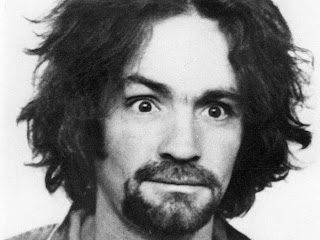 Dillon Writes:
It has been suggested to me readers might be curious about Beach Boy Dennis Wilson’s relationship with Charles Manson. As Dennis’ friend and collaborator Gregg Jakobson told me, “Manson is not my favorite subject, but I guess it’s unavoidable.” That mirrors how I feel. My book is in its essence a celebration of The Beach Boys’ timeless music. But it also tells the band’s story, framed around the creation of 50 songs. And how could you possibly ignore that part of the story where “America’s band” intersects with one of the most notorious serial killers of our time?

So the story goes, it all started when Dennis brought a couple of young women back to his Hollywood mansion in spring 1968. These women happened to be part of Manson’s so-called “Family” ― a ragtag group of hippies who worshipped the diminutive ex-con, whose magnetic personality overshadowed his lengthy rap sheet.

Manson particularly looked to recruit impressionable young women into his group. They were the bait to recruit impressionable young men to give Manson some muscle. They all did as he instructed them, whether that be engaging in orgies or using and selling drugs, or later, murder. One night Dennis came back to his house to find that the girls, along with the leader they called “Charlie” and the rest of the Family, had moved in, with no intention of leaving. To them, it was like hitting the jackpot. Here was Dennis, a famous, young, rich and generous-to-a-fault rock star who initially had no qualms about their freeloading ways. Even more important to Manson, who had learned guitar in prison and harbored ambitions to be a singer-songwriter, Dennis represented the gateway to a recording contract.

Dennis and Jakobson were so taken by Manson’s charisma and musical talent that they pressed friend Terry Melcher ― producer of The Byrds and Paul Revere & the Raiders ― to land the would-be troubadour a label deal. But Melcher was not impressed with Manson as a person nor as an artist and his music career didn’t amount to much more than the demos he recorded, some at Brian Wilson’s home studio.

For a while, Dennis admired Manson as a kind of guru. In an interview with the U.K.’s Rave magazine at the time, he referred to Manson as the “Wizard.” But he would soon sour on Manson, who had crazy predictions of an upcoming race war and was prone to fits of temper. Dennis began to see the Family as a bunch of leeches who had taken him for $100,000 in car repair payments, wardrobe, food and gonorrhea treatments.

Before the end of the summer, Jakobson moved Dennis to a new house to get him away from the madness, letting the lease expire on Dennis’ house and leaving the Family to face eviction, after which they retreated to Spahn Ranch, an old Hollywood Western desert location. Sometimes Dennis would crash in Jakobson’s basement, where they co-wrote songs, including the beautiful ballad Forever, which stands in stark contrast to the free-love lifestyle he had enjoyed with Manson’s girls.

Manson felt double-crossed by Melcher when no record contract materialized, which in part explains the rage he felt toward the property at 10050 Cielo Drive, where Melcher had lived with his actress-girlfriend Candice Bergen, and where the first of the Tate-LaBianca murders took place. Evidence indicates, however, that Manson was aware Melcher had moved out of the house. It had been taken over by Rosemary’s Baby director Roman Polanski and his actress-wife Sharon Tate. It was there, in the early morning of August 9, 1969, that members of the Family, acting on Manson’s orders, murdered Tate and her unborn child, hair stylist Jay Sebring, Abigail Folger, Voytek Frykowski and Steven Parent. (Polanski was out of the country.) The next night, the Family targeted Leno and Rosemary LaBianca, a wealthy couple seemingly chosen at random.

This was long after Dennis’ close association with Manson had ended. By the end of 1969, police had linked Manson to the murders. Dennis told prosecutors he knew nothing about the killings or why Manson had ordered them. Jakobson, on the other hand, agreed to be a witness at the trial, acknowledging having more than 100 in-depth conversations with Manson. He was able to explain the mastermind’s motives.

One theory had Manson taking cues from The Beatles’ White Album and the Book of Revelation, and ordering his followers to stage the murders as though committed by black revolutionaries. Family member Susan Atkins wrote “pig” in blood on the wall of Tate’s house, that being the term a black revolutionary might use for a policeman. This line of reasoning had Manson looking to incite a race war ― one he thought the black man would win. He and his Family, which he believed possessed superior intelligence, would hide out in the desert until the dust settled, and then move in and take over. After Manson’s dreams of a music career died, his mind jumped the track.

Dennis would not talk publicly about Manson right up until his drowning death in 1983. Some close to him insist that episode changed him. He was worried about Manson ever getting out of jail or putting a hit on him from behind bars. It made Dennis paranoid and even more agitated than usual. Some attribute his subsequent spiral of self-destructive behavior ― particularly his drug intake ― to these fears and feelings of guilt for ever having introduced this evil Wizard into the Hollywood scene.

*Mark Dillon is a Toronto-based freelance journalist and writer whose articles have appeared in Maclean’s, the Toronto Star, The Globe and Mail, The Hollywood Reporter and American Cinematographer. Fifty Sides of The Beach Boys, published by ECW Press, is his first book. Dillon will be guest-editing the Afterword all week.

Submitted by Venus.  Thanks Venus!
Posted by LynyrdSkynyrdBand at 2:26 PM
Labels: Fifty Sides of The Beach Boys by Mark Dillon

It never ceases to amaze me when I'm reminded of it, that in order to be rid of that infestation, Dennis had to leave his own house!!

I'm betting that the house would never have felt clean again anyway. I can't even imagine how many bugs were there. It was probably a relief to them to get off the family members, haha.

You're right Venus. There's not enough Mr. Clean to scrub down that kind of bacteria. LOL.