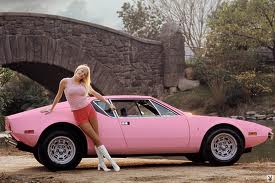 @venus Jack Haley Jr. lived up at the top of Clark Street behind the Whisky I believe. It's been so long ago. The house was at the top on the left. We used to party there a lot in the late 70s. At Jack's funeral Nancy Sinatra spoke and she said that when she and Jack were together the newspapers dubbed them, The Tin Man's Son and the Thin Man's Daughter. Jack's wake was hosted by Nancy. I know why Jay was trying to get ahold of Liv, but I can't write it here. Liv married Tony Martin jr. who later became a total invalid, wheelchair bound and drooling. Liv was quite popular with the butler's at the Playboy Mansion. Oddly enough Jay and possibly Sharon and someone else and Connie Kreski were just leaving The Factory one night when the elevator arrived on the ground floor, the doors opened and Tony Martin jr was waiting to get in. Connie had a crush on him. He saw her and said "Hey Connie, leaving so early?" Why don't you stay and dance with me?" She hesitated and Jay said, "Go ahead. you never know you might never get another chance. The first time I heard this story I thought it was the night of the murders, but since everyone says they went to El Coyote (even though no one there remembers them,) it must have been a day or so before. Jack had parties every weekend.

Jack Haley's house may have been on Devlin Drive. That name suddenly came to me.