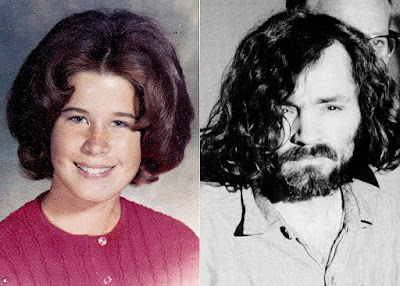 Though it’s been more than 50 years since Dianne Lake was a teenager in the Los Angeles area, deep into the counterculture of the 1960s, there’s one memory that stands out to her more than the others: the first time she met Charles Manson.

“He was extremely intelligent,” Lake, now 64 and living outside of L.A., tells PEOPLE. “He had the incredible ability to pick up on other people’s weaknesses and their needs and their desires, and he could fulfill those.”

It’s a skill Manson turned to deadly ends, as Lake would learn.

For the first time in 47 years, she is breaking her silence about living with him and being the youngest member of his cult, the so-called “Manson family.” 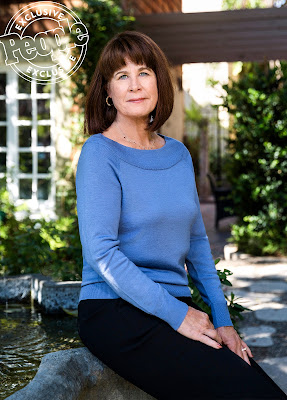 In Member of the Family, a new book out Oct. 24 and exclusively excerpted in PEOPLE, Lake details her experiences falling under Manson’s spell — and, eventually, how she was free of him.

In 1967, at the age of 14, Lake navigated through communes and love-ins after her parents, a homemaker mom and former-Marine-turned-artist, “dropped out” of society and gave her a note granting their permission to live on her own.

A few months later, she met up with Manson at a party in Topanga, California.

“I needed love and affection, and I needed a family. I needed to feel like I belonged somewhere,” Lake says. “And he perceived that from the get-go.”

For more on the Manson family’s youngest member, pick up this week’s issue, on newsstands Friday.

No i dont believe anything about Susans version of the events

Theres no any of them, theyre all made up characters

SAG said:
"There is no "eternity", there is no heaven, no hell, no God, no Jesus, no Devil, no Muhammad, no Moses, theyre all fairy tales invented by men to make money and divide people".

Good Luck with that...

Katie Charlie liked bathtubs I remember a story that he frequently would lounge in a tub in the front yard of the place they lived in and the girls would take turns reading The Bible to him. I recall Krenwinkel really enjoyed The Bible reading.

Oh Beauders, that's priceless!! I wonder what verses they read him. It's too creepy close to Dianne's grandpa taking a bath with her, insisting that she learn the TRUE Facts Of Life!! Ewwww...

I would think men don't like baths. They prefer showers.

As Kramer once said It's disgusting. I'm sitting there in a tepid pool of my own filth. All kinds of microscopic parasites and organisms having sex all around me.

Why would anyone post under the name Susanatkinsgonorhhea...That is gross...

You dont know what happened either Grim, you know as much about what ACTUALLY happened as me....jack shit, all we have are theories

Well, if you're going to go down that road, no one knows anything other than what they were personally involved in. And even some of that is debatable.
Theories mean absolutely nothing if they're crafted out of thin air. There are loads of theories that various people have and have had for half a century, but whether one agrees or not isn't the issue or important. It's what gives rise to those theories. What is their foundation ? What are they based on ? If I came up with a theory that Charlie's Daddy used to sneak down to where Kathleen Maddox lived to beat him every night, it would based on thin air given that not a single person ever pointed to anything in that direction.

For whatever reason ?
For me, Al Springer is important for one reason in the main. A number of things that went on to be proven and that played a huge part in the case were first outlined in his interview, an interview that occurred before Stovitz and Bugliosi were even on the case. for example, he was the first to connect Crowe, Hinman, Tate/LaBianca and Shea for the Police, he independently spoke of Charlie wanting "to build a thing where he can be leader of the world" so when it is necessary to back up a point I make regarding such matters {and others that he touched on} I'll mention him.
I don't pluck him out of thin air against all the available evidence because I didn't like the fact that Charles Manson was convicted of conspiracy and 9 murders unlike your good self.

Yeah, you're right, I know absolutely nothing about the case.
I get all my information and ideas from you.

No i dont believe anything about Susans version of the events

She was the foremost architect and spokesperson of the drug theory and of Linda's involvement in it.
Whoops !

I would think men don't like baths. They prefer showers

I do like showers but I love baths. They're a great opportunity for me to read undisturbed for a couple of hours.

It's disgusting. I'm sitting there in a tepid pool of my own filth

Only if one is filthy.....besides, when the water gets cold and you run in some more hot, that takes care of that !

They do that inside of us anyway.

Why would anyone post under the name Susanatkinsgonorhhea...That is gross...

Dave likes to try to shock and offend people's sensibilities. He sees raising objections to his usage of his tactics as the kind of weakness that shouldn't be tolerated in a free society. 😀

No dhe wasnt you fucking idiot, Share, Good and a couple of the other girls were, dont you ever get tired of being wrong?

Why wasnt the stellar citizin Springers testimony used in the trials? He was a piece of shit criminsl, biker, liar, thief and drug dealer with no credibility

Susan told Caballero and Caruso whst they wanted to hear and what they coached her to say so they could take her story and make money, the more salacious the better

No dhe wasnt you fucking idiot, Share, Good and a couple of the other girls were, dont you ever get tired of being wrong?

Share began it, Good added to it. I didn't say Susan was the only spokesperson, I said she was the foremost architect and spokesperson. She was that because she was one of the murderers that propped up the alternative motive. Outside of the murderers testimonies, Share and Good's input are small potatoes and flat beer. Compare Atkins' input to that of Pat and Leslie and you will see what I mean. Well, you will if you are prepared to be open, you know, the way you keep telling everyone else they should be to your theories.

Why wasnt the stellar citizin Springers testimony used in the trials? He was a piece of shit criminsl, biker, liar, thief and drug dealer with no credibility

Springer's testimony wasn't required for TLB for very simple reasons. The stuff he told LAPD on Nov 12th about each of the killings meant one of only 3 things; that he was present at them, that he knew someone that was present at them or that he knew someone that knew someone that was present at them. Seeing as though he was never seriously considered as one of the killers, that left the other 2 possibilities.
Most of what he was told at Spahn came prefixed with the pronoun 'we' which made it hearsay and inadmissible in court in California because without independent corroboration, one perp's word couldn't be used against an accomplice. Springer's words would have been useless in a trial ~ but they were priceless at the stage of the investigation at which they came, especially when one considers that Charlie was already on the LaBianca suspects list and the cops had been speaking to Kitty, Susan had spoken of her Hinman involvement to the cops and her TLB involvement to Virginia Graham.
That's why I sometimes bring up Al Springer. As a background link, he's gold dust.

I don't do Halloween so I wouldn't know about that. But I've never doubted your sense of humour. I've even commented on it. I think it's somewhat warped at times but I can see the funny in your handle. The fact that I used to refer to you as a boy named Sue or Suzy Creamcheese or If you knew Suzy like I knew Suzy should tell you that. But you're so caught up in your prejudices that a shutter comes down over your mind and you can't even see when your adversary is paying you respect or showing that they get your humour.
There again, I guess if I was continually being mowed down with facts, logic and ideas that stand up and I couldn't get one over on someone I considered beneath me as you demonstrated with
No dhe wasnt you fucking idiot...
I probably wouldn't see it either and I'd probably keep making elementary spelling errors too. And blaming it on my big thumbs.

Leslie landed herself in jail for life

Use a little lateral thinking mate.
Susan's words to the grand jury helped indict Leslie.
Without Susan, Leslie will walk the streets.
But an indictment is neither a foregone conclusion of guilt or a conviction.
Even with Susan's grand jury stuff, Leslie is walking free because it cannot be used against her. Nothing any of the perps say can be used against her.
Even when Susan recants and Linda turns state's evidence, her stating that Leslie got in the car and out at the LaBianca house needs to be independently corroborated before it can be used against her.
There is no corroboration.
Until Dianne Lake comes out with what Leslie did on the morning of the LaBianca murder and her telling her that she'd stabbed an already dead person.
When it is discovered from the doc that 13 of Rosemary's stab wounds are post mortem, independent corroboration for Linda's words is found.
Without Dianne's corroboration there is no proof Leslie was ever in the house. There is no proof she was ever in the car. Details she told Marvin Part cannot be used in court.
Ergo, as I stated, Dianne Lake's testimony is what landed Leslie in prison for life.
14 year olds can be devastating. Don't underestimate them just because they don't know as much as a 46 year old.