What caused Tex Watson to go from all American boy to knife wielding killer?

He was brought up in a country setting, with parents that tried to guide him.  He got in a little trouble at school, had average grades, made good on the football team, a seemingly idyllic life in a small North Texas town.

So what made Tex into what he became?

He moves to California, the "land of the fruits and nuts" as we used to call it, got a crummy job selling wigs, found out that selling drugs was more lucrative, hitched a ride with Dennis Wilson, met Charles Manson, and hooked up with The Manson Family, which consisted of lots of drugs & sex.

But how does that change him into a bloodthirsty killer?

Some people are "born bad".  Was he one of those?  He wasn't abused as a child, had a nice life, had girlfriends, had friends in school.

When did he go haywire?

Tex claims that after the  TLB murders and Shorty's murder, he got "confused" and went back to Texas.  But if he really had remorse, wouldn't he have told his parents what happened?  His parents, the 2 people on this planet that he could truly trust??

But no, he didn't do that.  He spent some time there, split for Mexico & Hawaii, and finally returned to Texas, still not telling anyone what he did.  It wasn't until California put out a warrant for his arrest that his parents even knew he had anything to do with the murders.

Tex had plenty of opportunity to confess his sins and seek help, but he chose not to.  In his mind, if he kept his mouth shut, no one would ever know he was the one who did it.  He wasn't planning on Susan Atkins blabbing about it.  Too bad for Tex.

Then...instead of owning up to it, he denied it and played crazy.  He thought that would get him out of this "jam".  And Mama Watson was right there, spoon feeding him and believing that it was all nonsense, that her baby boy couldn't have done these crimes.

I think he stayed in Texas because he was protected by his "kin".  He thought they would get him off.

He thought wrong.  Even his kinfolk couldn't get him off this rap.

Eventually he was tried, convicted and sentenced to death.  But the California Supreme Court changed that to life with the possibility of parole. 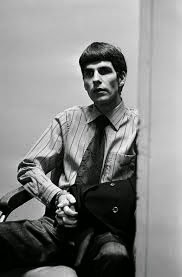 What really changed Tex into a murder machine?  Tex claims it was Charlie's robot voice commanding him.  Was it?  I would think that "robot voice" would have subsided in time.  But according to Tex, it hadn't subsided even by December of 1969 when he was arrested.

Was it the constant drug use and Charlie's mantra that made him act this way?

Tex stopped eating in jail and tried to put up an "insanity defense" which didn't work. 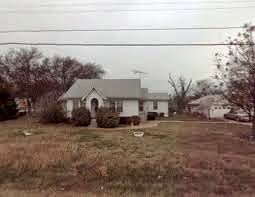 Tex's childhood home is now up for sale.

I wonder if Tex even cares about his country home, about his parents, about his family, about their feelings in all of this, about their disappointment and hurt caused by him.  Does that even matter to him?  I never see him mention it.

It's one thing to have a wayward kid who can't quite keep a job, can't quite make things work, always a dollar short and a day late, those kinds of kids are irritating.

But it's another thing to have a kid that commits the most horrendous murders of our time, for no reason at all.

Does Tex ever think about the backlash for his parents.  How they suffered through this horrible situation?  How they anguished that they gave birth to such a demon-child?  How they sacrificed for him, taught him, took him to church, tried to give him the best life he could have had, only to have a thankless son that left this legacy for their family?


From Cielodrive.com:
Mother Says ‘Tex’ Watson Was Her ‘Pride and Joy’

LOS ANGELES, Sept. 1 — Charles “Tex” Watson’s mother testified Tuesday that before he joined the cult of Charles Manson he was his family’s pride and joy, an honor student and star athlete who attended church regularly. 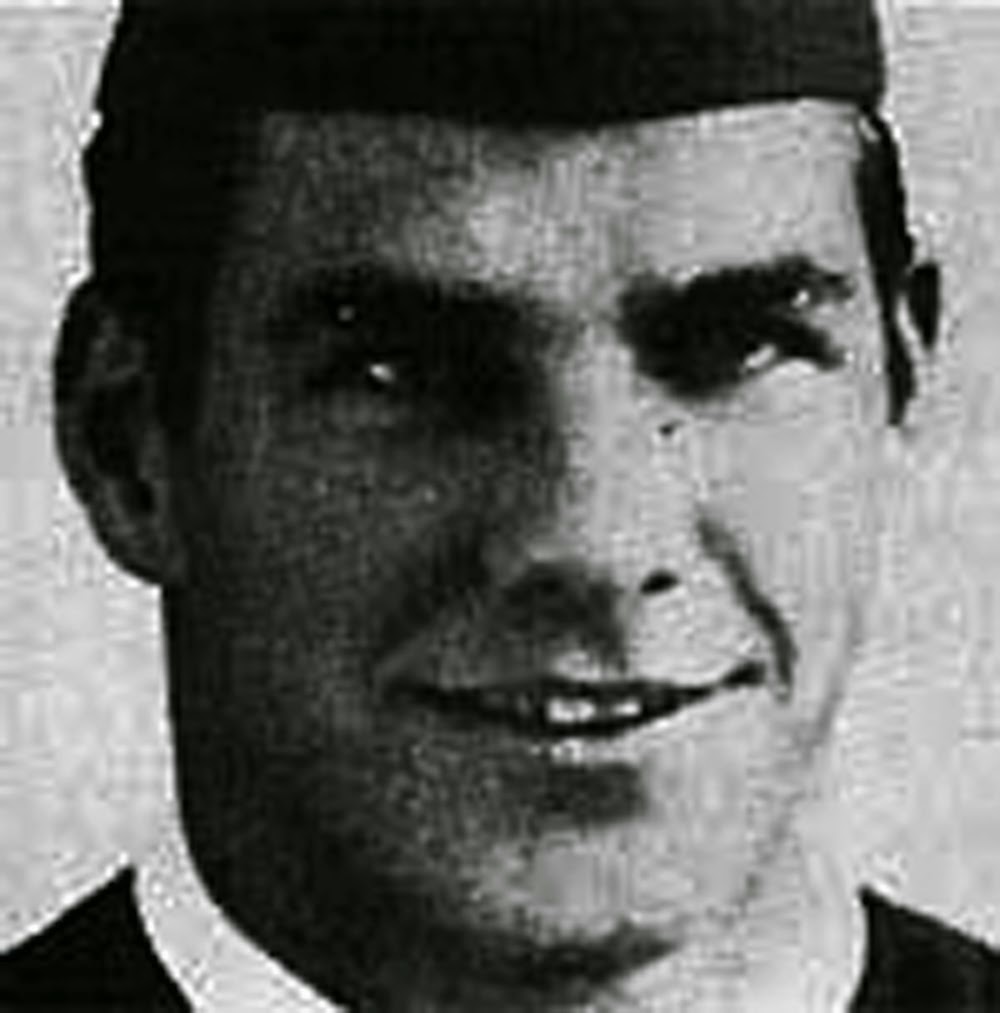 Mrs. Elizabeth Watson of Copeville, Tex., tearfully told the jury in her son’s trial for the Tate-LaBianca murders that he returned home from California in 1968 and spoke of an impending revolution and of “a man called Jesus who was named Manson.”

She said she visited him in California earlier in the year and found him to be the “same old Charles” but when he came home in December he was a changed man.

The prosecution contends Watson, 25, was Charles Manson’s chief lieutenant in the series of seven murders that included actress Sharon Tate. Manson and three of his young women followers have already been convicted of the slayings and sentenced to die.

Watson has pleaded innocent and innocent by reason of insanity. The defense contends that repeated use of drugs affected his mind and he was a “robot” obeying Manson’s orders.

After he had joined Manson’s family, she said Watson came home to act as a pallbearer at a friend’s funeral.

“His voice sounded funny,” she recalled with tears in her eyes. “He talked about a man called Jesus who was named Manson and he talked about a revolution and that he was going to a bottomless pit and only the Manson family would be left.

In other developments related to the Manson cult, a newspaper said Tuesday a gun stealing raid on a weapons shop was part of an elaborate plot by the cult to mount a “commando style” attack on the courthouse to free their jailed leader.

The Los Angeles Herald-Examiner said Manson family members planned to free their leader by taking hostages a judge and deputy district attorney at Manson’s current murder trial. They planned then to lead a mass jail break through tunnels from the courthouse basement, the newspaper said.

Both the sheriff’s office and the district attorney’s office refused to confirm or deny the report.

The newspaper, which said sheriff’s investigators were the source of its information, said it would stand by reporter Cliff Blackburn’s version.

Manson sent secret messages to his followers by writing them in milk on letters sent by other prisoners, the newspaper said. The hidden messages supposedly appeared when the letters were heated by a hot iron after reaching members of the family.

Four men and two women, described by authorities as members of the cult, were arrested Aug. 21 after they allegedly raided a surplus store and held the clerks and customers at gunpoint while loading a panel truck with guns. The attempted theft resulted in a Shootout with police and their subsequent arrests.

Manson currently “is on trial for the slayings of musician Gary Hinman and stuntman Donald “Shorty” Shea.
Posted by katie8753 at 10:32 PM
Labels: Tex Watson

Tex is an enigma wrapped in a riddle.

He claims he was brainwashed by Charlie, but then goes on in his book to demonstrate that he did a lot of things that Charlie didn't know about.

You can't have it both ways. Why are killers always liars?

You'd think they would tell the truth sometimes.

Well no response. Whoever came up with these ridiculous excuses for murder seems to have lost his/her tongue.

I guess we can do away with the "drug burn" theory. Whatever that was.

And we can do away with the "Linda Kasabian was traumatized by Voytek" theory. Whatever that was.

Whoever dreamed that shit up seems to be as silent as the sphinx.

So let's conclude that Tex was indeed brain-warshed by Charlie, and told to "kill everyone" for no reason whatsoever.

Which is what I've thought all along.

Sorry Tex, we all think you're a nice guy that was railroaded. Please forgive us for ever thinking otherwise.

Give our best to your old Ford, your big gun, your hip velour dark shirt and belladonna crop!

Oh and say hi to Suzanne LeBerge for us! HA HA HA!

Oh wait, what? You got an atomic wedgie at the Ranch?