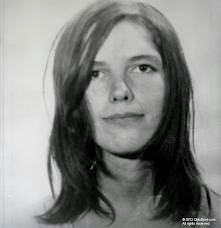 Beauders said:
Maybe Watson is actually minimizing Manson's involvement in the tapes and it's just thrown out as the girls because the girls as Katie has pointed out can't be minimized. A red herring of sorts. Just imagine that what Manson has been saying these 43 yeas, that he "was not directing traffic" those nights. 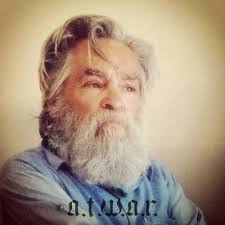 Heads would roll if this was the truth and the California justice system would probably never recover. The names Charles Manson and Sharon Tate go together in the psyche of most Americans over a certain age. What if it was all a bunch of bullshit.

We've seen Tex through the years, blaming Charlie, blaming the girls, and finally saying he did it. I think that everything he has ever said was carefully orchestrated to fit his own defense. His version changes to fit whoever is listening to him.

I can't imagine what would be on those tapes that would exonerate Leslie. He already said in his book that Leslie was less then enthusiastic to kill. That didn't help her.

I hope Attorney Richard Pfeiffery pursues these tapes with a subpoena... and I hope he wins.

I'd love to hear the contents of those tapes.

After the contents (of the tapes) are revealed, let the chips fall where they may.

I took the liberty of making some changes to this thread.

Regardless of anyone's personal opinion, this is news.

If Pfeiffery wasn't Leslie's attorney, someone else would be.
It doesn't make him a bad guy.

Every inmate has a right to legal representation.

First of all, Du Jour is not in capital letters. When you made changes to the thread, you didn't fix the font size.

Secondly, Du Jour is French for "of the day", meaning she changes lawyers like she changes her hang dawg looks at parole hearings.

Every time I see Leslie, she's represented by another sucker that doesn't get her out and so she finds another loser to do the "undoable" job.

And I'm not counting Ronald Hughes. That poor guy didn't know what hit him.

Lynynrd, you asked me to help you with your blog, and I've done just that. I tried to make a thread about Beauders' comment, which I think is EXCELLENT, and I hoped to get other comments regarding that. I didn't post the LVH thing about her attorney because it had already been posted. MY BAD!!

But my best is never good enough for you. Sorry Beauders, I tried.

The font sizes were all uniform when I did this thread. Lynyrd you're the one who messed them up.

I'm gonna go back to watching The Godfather. Blaaahhhhh!!!

Oh Jesus Christ. Let this poor woman go home and live the rest of her life in peace. She has by now paid her debt for that one night when she was 19. When your country probably killed 100 Vietnamese that same night. For no reason either.

What threat does she pose. Will she go back to Altadena and bite people who go by?

For a Christian nation, as you all are always quick to remind us of, you seem to be an unusually punitve, mean spirited and unforgiving people.

When I was a Catholic, they use to teach us that anyone can love the people who love you.

The real challenge was to love the people who didn't deserve it, who had lost their way. Who had done terrible things.

They probably aren't as cold or as vicious or as unredeemable as many of you think. All of life is mystery.

Carolina white trash like Lindy England and Sabrina Harman, fast food caliber people who achieved a high enough rank in George Dubya's with us or aginst us war on teyrism, to drag Iraqi cab drivers and cooks on dog leashes across concrete in their own excretement. And to be insensitive enough and ignorant enough to take digital photos of it and ultimately post if for the world to see.
What did they do? A couple of years in a military brig? For helping a whole world turn against another failed US military adventure? It was where we lost that war. The local population turned against us.
But yall want Leslie and Patricia to do forty plus. And Susan to die with a brain tumor in prison.

Tom, shouldn't you be on a ledge somewhere?

Watson has said many times that he sort of forced Leslie to stab Rosemary, who was dead. I think he said this at the least twice on official record.

I am sure if it is also in the recording, her attorneys want that.

Tom you are still a catholic. You are a Christian. People in glass houses.........

Katie said:
"The font sizes were all uniform when I did this thread. Lynyrd you're the one who messed them up."

The font sizes were not uniform.

As usual, you had posted everything in bold, and I simply removed the bold feature.
I made no other changes.

The font size of every character on this thread, is exactly the same as it was (originally posted)... minus the bold feature.

Well Lynyrd, I guess someone "creepy crawled" and changed the fonts. LOL.

Now back to bidness. I can't imagine what is on those Tex tapes that will get LuLu out of prison.

Tex already said in his book that she was pensive when it came to raiding the knife drawer, and he told he told her to "do something", which could be construed as ordering her, but we all have known that for years.

What could be different?

She has admitted to wanting to go on this death hunt, and knowing full well people would die.

They're grasping at straws. That lawyer is probably charging $500/hour. Of course Leslie can't pay it, so guess who is? The State of California.

Here we have Van Der Sloot's wife telling us Joran wouldn't hurt her.
I think Joran is the classic Bundy type seriel killer. He charms his female victims before he killed them.This is what makes them so dangerous.

Also look at the video. The guards are wearing woolhats and one guard has his arms folded to stay warm. Joran is now in a prison at over 12,000 ft above sea level. I'm surprised he can even live off so little oxygen. Joran has come a long way in his young life: from sea level to 12,000 ft.

How do you know that Leslie isn't paying, or the attorney is waiving fees? And public defenders so not charge $500 an hour. I think average PD make $70,000 a year.

At the end of the day, if she gets out or not will rely on whether or not she can keep her story straight and everything else she can get as ammo will be help.

Nothing will be the trigger to get her out of prison, EXCEPT for a parole board who feels it's the right time.

Bruce was recommended when he accidentally implicated another participant in the Shea killing. Come one now.

Regarding Tex, I can not find the interview, but he supposedly said (paraphrased) "LEslie should be let out. She didn't kill anyone. Rosemary was dead. I stood over her with blood up to my elbows, she was one scared girl - a sobbing rag. I forced her by knife to stab... [Rosemary]."

That was loosely quoted, it went something like that. Forgot where I read it.

CT said: How do you know that Leslie isn't paying, or the attorney is waiving fees? And public defenders so not charge $500 an hour. I think average PD make $70,000 a year.

I know they make more than minimum wage. And where would Leslie get the money to pay him? Unless all her admirers passed a hat. Maybe he is doing it pro bono, which would make me suspect he's just trying to get his name in the papers.

Regarding Tex, I can not find the interview, but he supposedly said (paraphrased) "LEslie should be let out. She didn't kill anyone. Rosemary was dead. I stood over her with blood up to my elbows, she was one scared girl - a sobbing rag. I forced her by knife to stab... [Rosemary]."