Our Girl Sadie Mae Glutz had a Wild Imagination!


From Helter Skelter, Pages 488 & 489:
According to Virginia, a few days after Susan Atkins told her about the Hinman, Tate and LaBianca murders – probably on November 8 or 9, 1969 – Susan had walked over to Virginia’s bed at Sybil Brand and begun leafing through a movie magazine.  It reminded her, Susan said, about some other murders she had been planning. 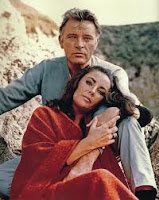 She had decided to kill Elizabeth Taylor and Richard Burton, Susan matter-of-factly stated.
She was going to heat a knife red-hot and put it against the side of Elizabeth Taylor’s face.  This was more or less to leave her mark.  Then she’d carve the words “helter skelter” on her forehead.  After which, she was going to gouge her eyes out – Charlie had shown her how.
Then, Susan continued, she would castrate Burton, placing his penis, as well as Elizabeth Taylor’s eyes, in a bottle.  “And dig this, would you!” Susan laughed.  “And then I’d mail it to Eddie Fisher!” 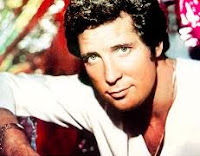 As for Tom Jones, another of her intended victims, she planned to force him to have sex with her at knife point, and then, just as he was climaxing, she would slit his throat. 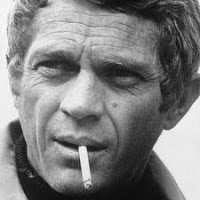 Steve McQueen was also on the list, but before Susan could explain what she had in mind for McQueen, Virginia interrupted, saying “Sadie, you can’t just walk up to these people and kill them!”

That would be no problem, Susan said.  It was easy to find out where they lived.  Then she’d simply creepy-crawl them, “just like I did to Tate”.

She had something choice for Frank Sinatra, Susan continued.
She knew that Frank liked girls.  She’d just walk up to his door and knock.  Her friends, she said, would be waiting outside.  Once inside, they’d hang Sinatra upside down, then, while his own music was playing, skin him alive.  After which they’d make purses out of the skin and sell them to hippie shops, “so everyone would have a little piece of Frank.”
Posted by katie8753 at 11:46 AM
Labels: Celebrity Death List, Susan Atkins

I wish ole Sadie hadn't been interrupted when telling of her plans for Steve McQueen. He was one bastard that may have actually deserved what he may have had coming.

I shouldn't have said that. But I have thought it more than once. Sorry.

And finally, catch the hot knife on ET face thing? Really was this a Tex thing? Or a SA thing? Or a Charlie thing?

CM whacks Hinman in the ear. ST and AF are cut in the face, correct?

Starship, Sadie's fate for McQueen was to have him drive the 1968 Mustang GT around San Francisco like he did in Bullitt, but first she'd have Tex cut the brake lines. LOL.

Pretty good chase, that. But for my money the 7ups takes the cake.

Then she’d carve the words “helter skelter” on her forehead.

Hmmm...wonder where she heard THOSE words?

After which, she was going to gouge her eyes out – Charlie had shown her how.

I wonder who it was that Charlie showed her how on....

All this strikes Me as Someone trying to look big,bad and crazy for Her Cellmates.

On another board thats unrelated to Manson minus one topic, a women who spent time at CIW (I believe for drug deals, her story is accurate as people know her in real life from the forum) knew Susan, Leslie and Pat. She used to "room" with Leslie. She said a lot of women in the prison avoided Susan, not only because she used to brag about her crimes back in the day but because also because she had a big mouth and was considered "a snake".

If anyone wants the link, Ill provide it.

Matt I agree with you. I think Susan made all this up to look tough. I'm curious as to how she chose her celebrity victims.

Frank Sinatra was mad at Roman Polanski because the filming went over the schedule on Rosemary's Baby and he wanted Mia to come back home. Supposedly, this is why they divorced. I guess he thought Roman and Mia were getting it on.

As far as Susan against Elizabeth Taylor, my money's on Liz. I've seen her in Who's Afraid of Virginia Woolf. LOL.

Lauren, please share the link! I am in no way surprised to hear that Sadie never stopped being full of shit or making trouble. An attention-seeking pot stirrer if ever one existed.

I would also like to see the link, thanks.

All this strikes Me as Someone trying to look big,bad and crazy for Her Cellmates

Matt, That is exactly what she claims in her Helter Skelter Myth story/book on her web site.

Katie, didn't Roman and Mia have some sort of fling? I don't remember if it was then or later.

I know that Frank wanted Mia to walk off the film because he wanted her to be in a movie with him. He gave her an ultimatum and she didn't back down. So, he had her served with divorce papers on the set.

I have read that Frank filed for divorce when she refused to leave the set and come home.

I remember when Frank married her. Everybody thought he was nuts. She was a weirdo and she was younger than his daughter Nancy. Needless to say, his kids didn't think much of that marriage so it wasn't much of a shock when they divorced.

I can't imagine anyone even WANTING to have an affair with Roman. Have you seen his chest hair? It's monkey-like. Reminds me of Austin Powers. LOL.

I think Mike Myers at least used a little of Roman in the character dont you ? maybe it was only the same wardrobe.

Venus, I heard that Mia and Roman had a fling. Katie, even though they divorced, Mia and Sinatra remained good friends. I have read many times that he always had a soft spot for her. She visited him before he died and she attended his funeral. In an interview with Barbara Walters, Mia said Sinatra was her "first."

"I've seen her in Who's Afraid of Virginia Woolf. LOL." - Katie

That's funny. I agree - I just saw that movie and I'd put my money on Liz, too!

Thanks Carol. I couldn't remember if Mia & Roman had an affair, but if they did, I'm disappointed in Mia. Sharon was very nice to her. Not a nice way to treat a friend.

I do know that Frank Sinatra was wild about Ava Gardner and he never got over her. He made a comment later on (paraphrasing):

"It never gets easier to get over a broken heart, even when you get older. In some ways, it just gets harder."

Maybe Mia helped him with those feelings, who knows?

>>>Bobby said: I think Mike Myers at least used a little of Roman in the character dont you ? maybe it was only the same wardrobe.>>>

I just wanted to say that I hope our friends in the Northeast are safe and warm this weekend. Bad storm tonight.....

according to hendrickson virginia graham made up the whole celebrity hitlist story to spice things up and ronnie howard just went along with it.

Sorry for the late response, it was snowing where I live and I decided to hibernate. The thread is old and was about if Squeaky was suited for parole so its dated in 2009, but the women who had spent some time in CIW commented on the women. Heres the link and I copied what she said for those who want to avoid scrolling on the board, (Look for reader BROKENDOLL )

>>>Beauders said: according to hendrickson virginia graham made up the whole celebrity hitlist story to spice things up and ronnie howard just went along with it.>>>

Hi Beauders. I'm not so sure I agree with Hendrickson. According to Bugliosi, he was contacted by Virginia's attorney who told Bugliosi he wanted him to hear what she had to say about these supposed "celebrity murders". Her first attorney told her not to mention any of it because it was so preposterous. It was later leaked to the press and published, supposedly by a defense attorney. Judge Older ordered that the jury bus windows be covered so they wouldn't happen to see it on the newstand while heading to the courthouse.

Bugliosi's footnote regarding these stories:

The Atkins-Graham-Howard conversations have been taken from LAPD’s taped interviews with Virginia Graham and Ronnie Howard; my interviews with both; their trial testimony; and my interview with Susan Atkins. There are, of course, minor variations in wording. Major discrepancies will be noted.

the lawyers according to hendrickson were involved, they wanted the women to the reward money and this shoed it in. the lawyers and several police where supposed to get a slice of the money. ronnie howard never gave the police their share and that's why she was beat-up which led to her death.

Or am I misunderstanding what you're saying??

Beauders, no answer? Does that mean you don't know the answer?

i need to get out my copy of hendrickson's book to help me explain it. i will get to it tomorrow-right now i have a head cold and a thumping headache.