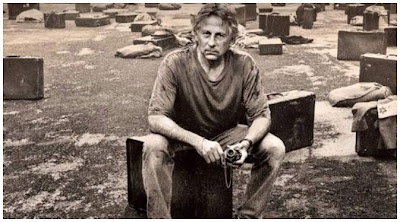 An in-depth documentary about director Roman Polanski
is due to be given a special screening at the 65th Cannes Film Festival this May.
"Roman Polanski: A Film Memoir", is based on interviews made with the director while he was under house arrest in Gstaad, Switzerland, in 2009 and 2010.

The documentary, made by French film-maker Laurant Bouzereau, contains Polanski's first public apology for having unlawful sex with a minor, the 1977 incident that prompted the director to flee America.

Polanski flew to France before being sentenced for the crime, ultimately leading to his arrest in Switzerland forty years later.

“She is a double victim: my victim and a victim of the press,” the director says in the film.

In spite of later being freed by Swiss authorities owing to errors in America's extradition request, Polanski is still wanted in the US.

In the documentary, Polanski talks about his childhood in the wartime Jewish Ghetto created in Krakow by the occupying German authorities.

The director also provides insights into the 1969 Manson Murders, which saw the slaying of his pregnant wife, Sharon Tate in the couple's Hollywood home, along with several friends.

Besides the documentary, the festival will be showing Tess, Polanski's 1979 adaptation of Thomas Hardy's novel Tess of the d'Urbervilles, with the director himself due to attend the screning.

Polanski has himself won the top award at Cannes - the Palme d'Or - for his 2002 Holocaust drama The Pianist.

The festival begins on 16 May.

I have nothing positive to say about this subject so Ill wait for the next blog ...

Based on interviews made with Polanski while he was under house arrest in Gstaad, Switzerland.

The documentary, contains Polanski's first public apology for having unlawful sex with a minor.

"She is a double victim: my victim and a victim of the press”
Roman Polanski

This film will be released in Mid-May.

If anyone can obtain a copy of this film... please send it in... it would be GREATLY appreciated.

I know obtaining a copy may be difficult... but the "resourcefulness" (is that a word?) of the blog community, never ceases to amaze me.

Sorry to talk over you.
I was adding a few things to the thread, and you got in my line of fire. LOL

Feel free to attack Polanski.
Him and Tex, seem to be the only two characters in this entire saga, which no one ever seems to defend with much (if any) vigor.
Might as well enjoy that luxury. LOL

I don't think too many people would be overly offended. : )

I've gotta see this apology "live" on film though...

I wonder how sincere he'll come across.

You never know I guess.

Maybe he's having one of those legitimate "death bed conversions". LOL
OR... in this case... "near death bed". LOL

He is not a very good guy in my opinion

I will leave it at that

There's actually another new thread, right under this one, as well.

It's "lighter fare"... if you're currently on a "low controversy diet". LOL
Can't say that I blame ya.

Who's the famous guy who said:
"I never regretted anything I didn't say"?

Anyway... someone said that...

The man is nothing short of a predator, a real POS. His apology is typical of any criminal who appologizes not for their actions, but because they were caught. To claim the girl is a victim of the media reflects directly upon this scum. Had he not drugged and raped this girl, had he done his time, had he not run, had he turned himself in, the media would not be interested in a crime 35 years ago. To blame it on anyone other then himself indicates that he is not sincere, but just goinng through the motions. Europe can keep him...

Dill, I agree, Polanski is one of the most unsavory of characters in this drama. I have to say though, that he is a good director. For what that's worth.

I'd be interested in seeing this film. I’d like to hear about his Holocaust experiences…although I have a hard time understanding him. I’ve read about quite a bit of it, and it was REALLY bad.

It says that Sharon is the cast, with archive footage.

Her is a GREAT Docu called Roman Polanski- Wanted and Desired. Its the FULL movie so enjoy!

"I have never been hurt by anything I didn't say".
Calvin Coolidge

Thanks Paulina!! I've seen it before, but there may be others who missed it.

My own problem is, I realize it after I have said it.

But I did like Tess of the d'Ubervilles directed by our much maligned, weak for the young uns diminutive Pole.

And I liked Sharon Tate as Janet Trego in the Beverly Hillbillies.

So there is something in this saga for almost anyone.

Thanks, katie.
I feel so torn about Roman Polanski. I dislike him more than I like him. I dislike him for the obvious reasons. But he has said some things over the years which I have admired. He said he doesn't understand Hollywood's love affair with Communism. He said he's lived under the Nazis and the Communists and they were both evil. Most people would agree, but for someone in the film industry to say that - well, that's kind of brave. He heaped praise on both Lech Walesa and Pope John Paul II for helping to rid Poland of Communism and he said he was proud they were Polish. And I remember when he was at Cannes with Sharon during the film festival. There were student protests going on at the time in Paris and many Hollywood directors and actors joined the protest in solidarity and excoriated Roman for not joining them. Roman just laughed and said something like, These Hollywood guys have no idea what real revolution is. I kind of admire that statement.

Roman Polanski has made some great art and directed a couple of good movies...

He also has given drugs and alchohol to underage girls

had sex with underage girls

cheated on his wife, and laughed/bragged about it to strangers

Abandoned his extremely pregnant wife- sent her across the ocean alone and back to live with someone he told a half dozen people he didn't trust and felt was a danger..


Every time I think about these things- I like his art and movies a little less....

His past was rough, but many people come from hard backgrounds...

nothing he went through makes it o.k. for him to spend the rest of his adult life feeling it is his right to take anything he wants and
put himself any laws or rules....

He seems to feel it does

When Roman decided that things may not go the way HE thought they should...

He simply left and said screw you U.S. I just wont ever go back...

and that should not be o.k.

I agree with everything you said, Saint. But Roman was able to see through the phoniness of Hollywood liberals re world politics. He had been through what very few in Hollywood had. For that and his public sentiments about it, I give him credit. Almost everything else makes me sick.

I guess what I'm trying to say, badly, is that not everyone is either good or bad. Most have a little of each. Roman seems to have more bad than good, but there is still some good. I think...

He now relies on those Hollywood phonies to get his back...

Carol- I think there is some good in all people, and it is very nice that you are the type who looks for that

As well Carol- I dont think you said it badly- it is a good point...