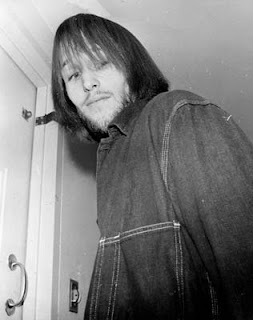 May 09, 1986
Charles Manson family member Steve (Clem) Grogan, 34, convicted of killing a stunt man on a ranch near Chatsworth in 1969, was released on parole in Los Angeles last November, according to Deputy Dist. Atty. Stephen Kay, who helped prosecute most of the Manson family murder defendants.  "I'm not happy that he's out," Kay said.  He served 14 years for the slaying of Donald (Shorty) Shea on the Spahn Ranch.  He was originally sentenced to death, but the sentence was reduced to life in 1971. He was paroled largely because he agreed after his conviction to show authorities where Shea was buried, Kay said.

Speaking of political pull:
Does it seem astonishing to anyone else, that Grogan was released after serving just 14 years?
I've always suspected, that maybe Steve had some friends in high places... a politician, judge, or something.
Did the authorities really want to know the where-a-bouts of Shea's body that badly?
I can never help but compare Steve's situation to Leslie's.
Grogan has been out for 26 years!
Were Leslie's crimes really that much worse than Grogan's????
Steve really landed himself a sweet deal, that's for sure.
Posted by LynyrdSkynyrdBand at 8:25 PM
Labels: Steve Grogan

That's a good question Lynyrd. Why did they let Steve out just for showing where Shorty was buried? Was it just to "close the books" on the case? And why didn't Bruce just do the same thing to get out?

I can't imagine that he had "friends in high places". He didn't seem like that kind of a guy.

Well if we compare what Steve did to what any of the girls did, it's incomparable. Steve hit Shorty over the head with a piece of steel pipe. I really don't think Sadie did more than stab Voytek in the legs. Leslie made some diminutive cuts in Rosemary's back, and Pat did more than that, but not enough to cause death.

But...on the other hand, have any of the girls volunteered any new info on any of these cases? Not that I know of. Maybe if they had, they would have been released too. If they had any smarts, they would have figured that out. But...is the attraction to Charlie still that strong? The snitch factor? Steve got out and he's still around, but do the girls feel a stronger connection?

Katie said>>>>
"But...on the other hand, have any of the girls volunteered any new info on any of these cases? Not that I know of. Maybe if they had, they would have been released too.
But...is the attraction to Charlie still that strong? The snitch factor"?

I don't know Katie...
I have an old VHS video from mid 90's (I'm guessing the date)... it was a documentary put-out by The "Biography" channel.
It's a respected company... I believe an affiliate of the "History"/"Discovery" Channel genre. (It's the one where Les and Pat are wearing the light blue uniforms, through-out).

At any rate... Leslie and Pat spend the entire two hours, explaining in great detail... how Charlie was in-charge of everything... and called all the shots, from soup to nuts... at the ranch, regarding the murders, and through-out the trial.
There was zero indication during that footage, they gave too shits about being snitches.
And, like I said... it's not a tabloid company.
So... I don't think being afraid of retribution, or loyalty to Manson, is really an issue for those two at this point.

I think it's more that, the public, wouldn't want deals made with them, even if, there was information the authorities wanted.
The parole board, the governor... no one wants to touch the idea of releasing anyone connected to the Manson name.
That's why, I've never understood how Grogan was able to dis-connect himself from the Manson mystique, and skate so easily.

I really believe, that if/when Manson passes-away... Leslie's "stock" with the parole board will triple in the years that follow.
She'll stand a much better shot at parole... if Manson dies first.

Lynyrd I agree with you on all counts.

BUT...I don't think any of them will ever get out. And not so much that they were associated with Manson, but because they flaunted societal rules at the time of the trial.

I know that Sadie has said that when she blabbed to the Grand Jury about what happened (and it was her version of course) she got a lot of flack from Leslie, Pat and the other girls for being a "snitch".

She later recanted her testimony, due to, in her own words, "fear for her life".

Leslie & Pat have never revealed anything new in the last 40 years or so.

Do they know anything? Maybe not. Maybe so.

But we've all seen the hand-wringing, tearful parole hearings for both. The "I'm sorries" and the "I wish I'd never done thats" from both.

But if you really look at it, how sorry are they? And how much have they done to reconcile the situation?

In my opinion not much. They've focused on themselves at the hearings, instead of the crimes.

They need to re-group.

Also, I don't agree with Clem getting out because he was a "moron".

He's not that moronic, now is he? He's the only one who got out. HA HA.

There's a lot of variables, so it's hard to predict.
I don't think Tex or Pat will ever be released... at least they shouldn't.

As for Leslie... I think she could be paroled... if the chips fall the right way.
If Manson were to pass-away soon, and Leslie were to live to a ripe old age... I really think she'd get out.
If Manson lives, and Leslie dies in the next five years... it won't happen.
I think with her, it really depends on longevity... if she can outlive the "Manson Mystique".

I think their chances, in order of likelihood for parole:
1)Leslie
2)Bobby
3)Bruce
4)Pat
5)Tex

As for remorse:
I think Pat is truly sorry. I actually feel kinda bad for Pat. She'll never get out due to the gravity of her crimes, but, I do think she's sorry, and I do find her very credible when she speaks.
I don't think Pat is one to exxagerate.
I think she was a girl who wasn't "pretty" in the traditional sense, like the other girls, and was trying desperately to fit-in.

Lynyrd you are sooo right!!

Pat is the only one I feel has any remorse at all.

And I think her remorse is unmeasurable.

She said years ago "Every night I go to bed and think to myself, I did this, and I deserve it."

She has tearfully given her testimony, including the last one, where she cried, and I cried with her. She said "the only thing I can do now is die. If that's what you want from me, I can't do that."

She was just a homely girl that Charlie made feel special, and she got into all kinds of crap. Of all the perps, she is the only one I think is really, really sorry. And realizes that she just threw her life away for some guy named Charlie, that made her feel special for a little while.

Sounds accurate to me!!! LOLOL

But I have to say, she was willing and able to march up and down the halls of the courtroom in LA, when the trials were going on, singing, laughing, chanting, threatening, shaving her head, carving her forehead. All that in 1970.

But when they didn't die, they had to re-think and review the situation.

Reminds me of a song.