Roman Polanski Accused of Sexual Abuse by Another Woman 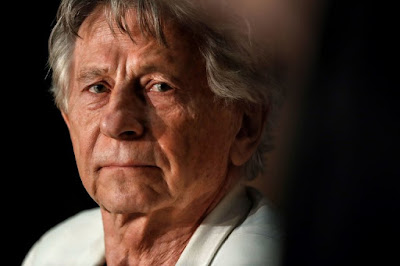 A third woman has come forward to accuse the film director Roman Polanski of sexual abuse when she was a minor.

The woman, who was identified only as Robin, held a news conference in Los Angeles on Tuesday with the attorney Gloria Allred. She said that Mr. Polanski “sexually victimized” her in 1973, when she was 16. She is now 59.

In 1977, Mr. Polanski pleaded guilty to unlawful sex with Samantha Geimer when she was 13. He fled the country before his sentencing in 1978. His lawyers have been fighting to lift an international arrest warrant, and he has not returned to the United States since it has been in effect. In June, Ms. Geimer asked Judge Scott M. Gordon of Los Angeles Superior Court to drop the case against Mr. Polanski, 83.

That case is still pending.

At the news conference, Robin said the possibility that the case might be dropped “infuriated” her.

“I am speaking out now so that Samantha and the world will know that she is not the only minor Roman Polanski victimized,” Robin said, reading from a prepared statement. She said that the day after it happened, she told one friend, but otherwise has kept it to herself for 44 years.

This is not the first time that Ms. Allred has been involved with an accusation against Mr. Polanski: In 2010, she held a news conference with the British actress Charlotte Lewis, who said that Mr. Polanski forced himself upon her in 1983, shortly after she turned 16.

A disdain for Roman Polanski and Tex Watson, seems to be the only 2 things that all bloggers can agree on.

Thank You Roman and Tex for providing those common threads, which unite us all. LOL

I made a comment a long time ago that surely Roman had tried this before or after Samantha. Child molesters don't usually just stop.

Yeah thanks Roman & Tex for giving us all common ground when it comes to TLB.

Just like the Jelly of the Month Club, it is a gift a gift that keeps on giving...

Poor guy was so torn up over Sharons murder that he gave a 13 year old girl quaaludes and pounded her up the butt, lets give him a pass, he was a "victim" lol, and Oye Vay dont forget about da holocawst, 6 million!!!! Lol

And they also dont START molesting children at age 44 like Roman was, he was always an evil putrid disgusting child rapist scumbag

They are both evil selfish sociopathic scumbags, Roman should be sitting exactly where Tex is

During his lie detector test, Polanksi admits to "fucking" two airline stewardesses within 48 hours of Sharon's death. (Bear in mind... Sharon was carrying his unborn child, when she was brutally murdered).

Now there's a real quality guy for ya.

I totally agree with everyone!

lets give him a pass, he was a "victim" lol, and Oye Vay dont forget about da holocawst, 6 million!!!! Lol

Couldn't just agree to have disdain for his actions with out tossing in race hate.

For me, there's a pretty big difference between the crimes of Roman Polanski and Charles "Tex" Watson. What Polanski did was a crime, but some 50 years later at least one of his victims wants the charges dropped against him. That's not going to happen in Watson's case.

Yeah the difference is Texs victims are dead, the girl has to live with the memory of a repulsive 44 year old man pumping her butthole against her will when she was 13 every day

Sunset, Samantha Giemer got big fat settlement from Polanski, I'm sure somewhere in the paperwork she agreed to never say anything nasty about Polanski publically and probably also agreed to say only positive things about when asked. Maybe this will be like Bill Cosby and women are going to be coming out of the woodwork claiming Polanski forced himself on them when they were teens. I'll never understand why Sharon was with him let alone married him. She could have had any guy she wanted and she chose this turd.

Oh Beauders, you hit the nail on the head!!!

I've been wondering this for years! Will it be like others who are accused of sexual abuse that women come out of the woodwork for attention, or is it real?

We know Samantha's abuse is real because Polanski admitted it. And once something is real, there could be others. That doesn't mean all other accusations are real.

Why Sharon married him? I have never figured that out. He looks like a ferret. And looks don't mean anything. If a guy is so butt-ugly that he can't attract flies, it doesn't mean that he's a mean guy. In fact, a lot of unattractive guys are the best to marry.

But Roman had a chip on his shoulder. He even said that "he acted that way because of the Holocaust", which is a COP OUT.

He cheated on her every chance he got. He even admitted it.

Having affairs on your wife is not against the law, but sexually abusing young girls is.

I can't stand looking at the guy!