Still Crazy After All These Years

Lift the lid and stir the pot and see if they're done....Nope, still crazy.  Put lid back on and set the timer to infinity.  LOL. 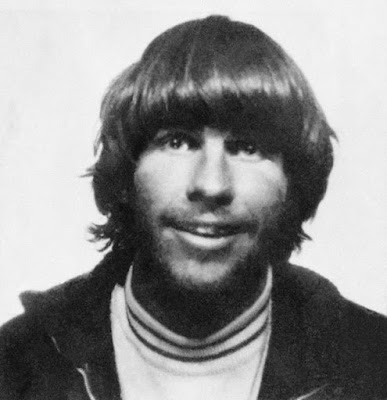 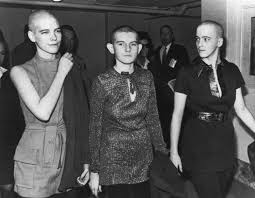 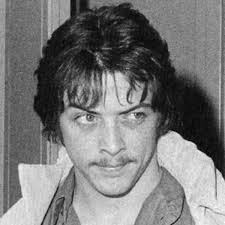 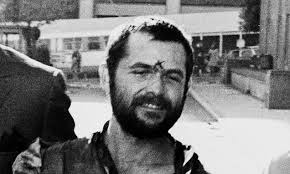 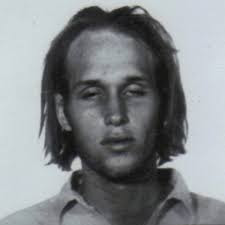 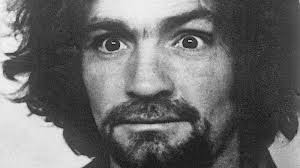 Posted by katie8753 at 9:49 PM
Labels: Still Crazy After All These Years

I love this version of this song.

Now I sit by my window
And I watch the cars

I fear I'll do some damage
One fine day

Still crazy after all these years
Oh still crazy

Still crazy after all these years

That guy is a GOOD pianist. I could take lessons from him! And I'm a good pianist too.

One of my favourite songs by Paul Simon, certainly my favourite of his solo batch, especially that final verse.

Thing is, if they were 'crazy' at the time of the murders then they can't possibly be held responsible for what they did. And if any of them are 'crazy' now, were their 1969 actions a manifestation of that, in which case they can't really be responsible either.
I don't think any of the murderers were mentally ill at the time although in her final but one parole hearing, that's what Susan Atkins' lawyer claimed. I do think they were out there, partly because of psychedelic drug use. Atkins, once she'd come back to her senses made a very important point about how, when coming down from repeated use of acid, one does not return to where one was at the start of the trip, but a little further along the line so it is not long before one is on a completely different plane. I'm currently reading Steven Tyler's autobiography and about acid, he says "What acid did for me was made me think about other planes and possibilities, contemplate things that I see and feel that aren't there....after a couple of days tripping my brains out I was crashing into the deep dark pit of apocalyptic blackness." That can lead to mental illness but is not in itself mental illness.
In the UK, we've learned not to joke about people being 'nuts'/'crazy'/'gone clear'/'mad' and all the other phrases that used to get bandied about, because mental health can be a fragile thing that the very young to the very old can be dealing with and rather importantly, we can do horrendous, unspeakable things, not because of mental illness but because sometimes we can be plain cruel.

Well Grim, I'm sure there are lots of people who did acid and didn't kill people.

I don't think you've really seen what really happened. These people invaded people's homes, trapped them, tied them up, and gutted them like you would a fish or a hunted animal. Steven Tyler didn't do that. As most people wouldn't.

For you to dismiss their horrific crimes is just plain silly. What they did was horrific and unforgivable.

Don't keep giving them "outs". They're guilty of the crimes they committed.

You keep talking about the killers, but do you ever think about the victims?

The folks at Cielo Drive were settled down for night, when they invaded Sharon's home, screamed at them, lined them up, put ropes on them, and then just killed them all.

Leno & Rosemary had just arrived home from a long drive and Rosemary went to bed because she was tired, and lo and behold, 2 girls come into her room and start fighting with her, trying to kill her.

Can you imagine the horror?

Why don't you think about how the victims felt? How would YOU feel if that happened in your house? To you and your family? How would you feel about that? Walk a mile in their moccasins.

And then you might not be so easy on the killers!

You just said you like Paul Simon's song, and he used the word CRAZY.

So you can suck my grits!!

That's rather obvious. It's a point that really doesn't need to be made.
A point worth making though is that lots of people have done acid who have struggled with their mental health ever since or had lengthy bouts of mental problems.
Part of my point wasn't to show that acid caused anyone to commit murder but rather, that prolonged usage of it played a part in where it took certain individuals when it came to a mindset that housed murder. It's worth pointing out that they did not all see it as murder but rather, 'doing what had to be done.' Call it denial if you will {one of the trial psychiatrists made that point} but without acid in combination with other factors, they would have been calling it murder.

For you to dismiss their horrific crimes is just plain silly

If you can find just one statement, I'll settle for just one statement where I have ever dismissed any of the Manson Family murders, I will treat you to an all expenses paid holiday to wherever you choose to go on the planet.
But I make such a ludicrous offer knowing full well that you cannot find what doesn't exist.
Your problem is that you are thoroughly unwilling to look at any statement made that does not parrot your un~thoughtout clichés. You so rarely have anything thought provoking or insightful to say about this subject and you display an ignorance of nuance that is actually neither amusing nor endearing.
I didn't dismiss anyone's crimes. Your ignorance of that is there for all to see. If you actually spent time thinking about what someone says, you'd see that I was saying that not being able to claim mental illness is what makes their crimes all the worse. If any of the TLB killers was mentally ill or crazy as you put it, you couldn't hold them responsible for what they did.
Shake a leg, love !

What they did was horrific and unforgivable

Horrific, yes. Unforgivable, no. That you can't forgive people doesn't mean that everyone has to tinkle your ivories.

Don't keep giving them "outs". They're guilty of the crimes they committed

You keep talking about the killers, but do you ever think about the victims?

Yes and no. The victims have a limited interest. I find Wogiciech Frykowski, Abigail Folger, Sharon Tate, Gary Hinman and Rosemary LaBianca mildly interesting in terms of their backgrounds. Leno and Steve Parent somewhat less so. Jay Sebring and Shorty Shea not at all. Some of the witnesses, cops, lawyers and Family members have varying degrees of interest to me, others not in the slightest. Suzan LaBerge interests me. You know, the one that forgave her Mum's murderer.
But you're the one that posted the thread and not one of the victims is mentioned.

Can you imagine the horror?

I can imagine it but my imagination can't compete with or come close to the reality of it.

Why don't you think about how the victims felt?

Probably because I'm not them. I can empathize with lots of people in different scenarios but death itself is a hard one because there's really nothing that I can measure it against.

How would YOU feel if that happened in your house? To you and your family? How would you feel about that?

I don't know.
Over a 48 year period as I've changed and developed, knowing the way I've been, I would say I would have gone through many different phases, some I'd be embarrassed about, some I'd be ashamed of, some I'd be pretty pleased with and some I'd be indifferent to.
I sometimes wondered how I'd react when my parents died. My actual reaction with my Dad's death took me by surprise. I sometimes wondered how I'd feel if a Doctor told me I had cancer. When one did, my response wasn't what I thought it might have been.
I guess one just never knows.

Walk a mile in their moccasins. And then you might not be so easy on the killers!

Suffice it to say, you know sweet FA about things that have befallen me in life or members of my family. Thankfully, the Almighty has enabled me to forgive ~ if I take the harder path and actually choose to.
I'm not easy on the killers. Neither am I mind numbingly savage. They're people that erred in the most devastating way. Many of us however, will never face the reality that we just may have littered other peoples paths with a debris that they never had death to release them from....

You just said you like Paul Simon's song, and he used the word CRAZY

Yes, but he's talking about himself. I also like Seal's song "Crazy" and the Stones' "Crazy Mama."
There's a world of difference in the way a songwriter uses the word 'crazy' in a self referential way or in relation to someone they know and the way it can be bandied around willy nilly without any thought for people that struggle with their mental health.

So you can suck my grits!!

Now there's an offer ! Hey, in another time and another place, who knows......