Nearly 50 years after testifying against him, Windy Bucklee is telling her story for the first time of meeting the murder mastermind in the years leading up to Helter Skelter. 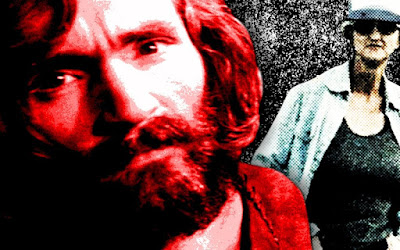 Charles Manson introduced himself with a closed fist.

It was 1968 when the ex-convict drifter barged into Windy Bucklee’s house in Canoga Park, just north of Los Angeles, and hit the 26-year-old woman so hard in the face that she slid across the kitchen’s freshly waxed floor, past the sink where her roommate Frances stood clutching a butcher knife.

Though bleeding and seeing stars, Bucklee made it to the bedroom where a loaded Luger pistol was resting on top of a highboy dresser. Her cousin Rusty had brought it back from Europe and warned her: “Watch it, cousin, because it’s loaded.”


Bucklee felt for the steel and grabbed it with both hands as she ran back to the kitchen, thinking, “I’m going to shoot this motherfucker.” Manson was in her sights; she aimed “down low, where it would hurt.”


But when Bucklee squeezed the trigger, nothing happened. The former cowgirl, no stranger to handling any variety of shotguns or handguns, couldn’t negotiate the German pistol’s unorthodox safety.


It was enough to scare him away, though not before saying: “This isn’t over by a longshot, you bitch.”


Nearly 50 years later, Bucklee can’t help but think of what might have been.“It’s a shame, a real shame that I never bothered to learn how to use that pistol,” she said.


“Just think how much better the world would have been — all those people might still be alive,” she lamented. “The Family would never existed, because I had him point blank and I would have shot him dead.

This woman is a proven fraud