Well Donald Trump will be the 45th President of the United States come Friday, January 20th, 2017! 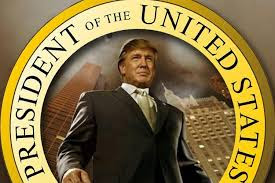 There are over 50 democrats who have chosen to not attend the inauguration.

Mr. Trump's reply to that:  "I hope they send their tickets back in, because we have lots more who would like to attend".  HA HA HA.

Meanwhile, our former President will be jetting off to Palm Springs on Air Force One for a golfing vaca to the tune of over $200 million that the taxpayers are picking up the tab. 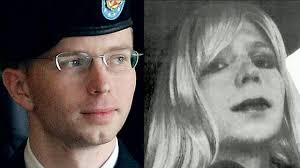 Washington (CNN)President Barack Obama on Tuesday overruled his secretary of defense to commute the sentence of former Army soldier Chelsea Manning, who was convicted of stealing and disseminating 750,000 pages of documents and videos to WikiLeaks.

The decision -- which a senior defense official told CNN was made over the objections of Secretary of Defense Ash Carter -- immediately touched off a controversy in the closing days of the Obama administration.

I'm sure that one day Donald Trump's name will be on money. I'm betting the $50 bill! This guy will go down in history as one of the greatest Presidents of ALL TIME. I have no doubt about it.

Donald Trump has done more for this country than Obama did in 8 years, and he's not even the President yet!

I'm finally optimistic about the next 4 years. Finally, a man who wants to help the people of the U.S. instead of trying to help muslims and money-grabbing Washington, D.C.

I'm SO tired of watching the high-ranking Democrats pat each other on the back (over the last month).

For the love of Pete... enough tearful speeches and awards... just get the fuck OUT already!

I'll be SO happy when the POTUS, the V-POTUS, the FLOTUS... and every other fucking "OTUS", is outta there!

If they did such a good fucking job, they wouldn't have lost the Presidency, the House, AND the Senate, all in one election.

I've never seen such a fanfare of butt-hurt nonsense from an outgoing administration, in my entire life.

All I want is the truth
Just gimme some truth

Ive had enough of reading things
By neurotic, psychotic, pig-headed politicians
All I want is the truth
Just gimme some truth

Amen and goodnight y'all!

If Obama really wants to cause a stink on his way out, he ought to wait until 11:59am Eastern Time on January 20th and say "Oh, by the way, I'm letting all the Manson Family out of prison. See ya...bye!" LOL.

and on january 20 at 12:01 pm trump will have the newly freed manson family flown to obeyme's retirement villa to live there dennis wilson-style

Is it just me, or does the photo of Chelsea Manning look a lot like Gwyneth Paltrow trying the dirty side of life?

Actually, Dill that pre-vert reminds me of that movie "Dressed to Kill" with that psycho running around with a dumb blonde wig killing folks. HA HA.