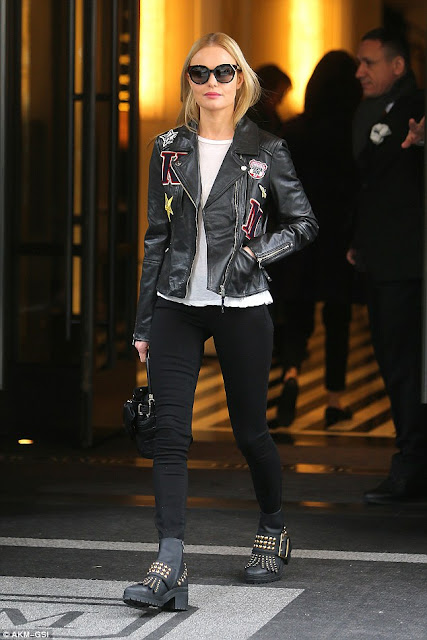 Kate Bosworth rocked a biker chic looked as she stepped out in New York on Friday.

The actress also wore a confident look, knowing she had netted herself a role that was bound to garner a lot of attention.

That same day, Deadline reported the Californian will portray Sharon Tate in a new biopic chronicling her life, and death at the hands of the Manson Family. 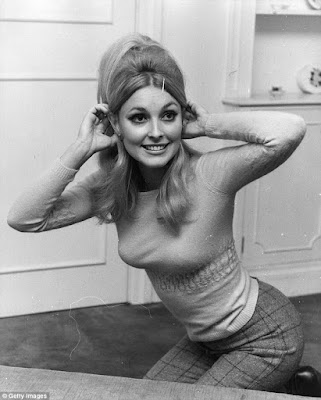 Based on the book Sharon Tate And The Manson Murders by Greg King, the film is being directed by Bosworth's husband Michael Polish.

Tate was just 26 when she was butchered in her home along with four others by Charles Manson's followers. She was two weeks away from giving birth to a son, who also died.

Before her gruesome murder she was a frequent cover girl and rising star of both small and big screens, earning a Golden Globe nomination for Valley of the Dolls.

Like Bosworth, Tate was married to a film director: Roman Polanski, who had helmed her film The Fearless Vampire Killers.

The campaigning her family did in the wake of her death to deny the murders parole lead to the introduction in Californian law to allow victim impact statements during sentencing and parole hearings.

Earlier this week Charles Manson's right-hand man, 70-year-old 'Tex' Watson, was denied parole for the 17th time, 47 years after helping to plan and carry out the slayings of Tate and six others.

Venus sent me this link! Thanks Venus!

I really can't picture her as Sharon but maybe she'll surprise us....

I am Ed Durston's Ex wife. We met in 1972, and were together for eleven years.

Ed Durston was not a drug dealer. Weeks before he dies, he told me why Diane Linkletter was so troubled. It was not about drugs. She was gay and did not know how to deal with, and knew her adopted father would hate her for it. She could not handle the shame

So sad! My apologies for asking, it may be in another thread somewhere even. but as a child I always heard that she jumped to her death while on LSD. Is this true?