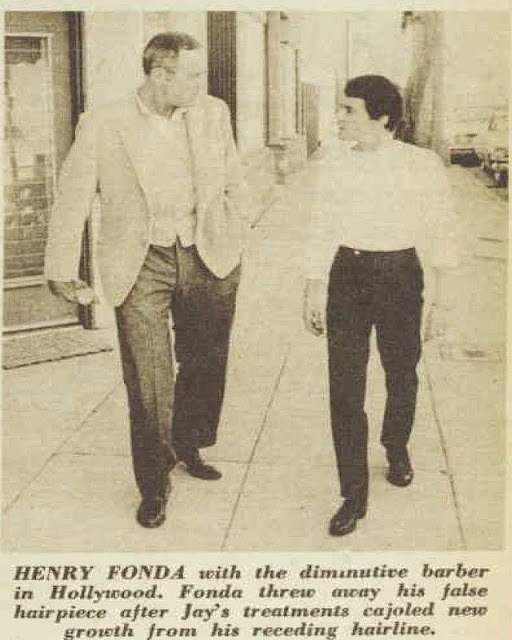 When her big brother’s murderers were captured, tried and convicted, Peggy DiMaria thought justice had been served for the evil crimes that proved to Americans feeling safe in their homes no longer was a sure thing.

The Henderson resident also thought justice had been guaranteed after the madman behind her brother’s killing, Charles Manson, and four of his followers — Charles “Tex” Watson, Susan Atkins, Patricia Krenwinkel and Leslie Van Houten — were sentenced to the death penalty.

Then the unthinkable happened.

In 1972, California voters repealed the death penalty. Life with the possibility of parole was permitted. Eventually, these five heartless, vicious murderers began applying for parole, only to be rejected.

Peggy, her husband Tony, and their grown children Anthony, Christy and Mishele are now speaking out as a family because in April, the parole board recommended the release of one of the five, Van Houten.

Commissioners said she had been a model prisoner and a changed person from the bloodthirsty 19-year-old who helped with the killings in August 1969.

The DiMaria family was horrified. They wrote Gov. Jerry Brown asking him to block her parole.

“Considering the severe gravity of her crimes, the cruel and sadistic nature, the unspeakable suffering of her victims, the permanent loss to their families, and the poisonous impact on society today — we ask that you revoke parole to Inmate Van Houten,” they wrote.

On July 22, Brown’s decision became public. Van Houten “remains an unacceptable risk to society.” She would not go free.

“We are all relieved for his just decision, we were so thankful,” DiMaria said after learning of Brown’s decision.“My whole family will be forever grateful.”

At Manson’s bidding, four people broke into the Los Angeles home where Tate, eight months pregnant, was living along with Folger and her boyfriend Frykowski, and murdered everyone there, including the visiting Sebring, Tate’s former fiancé.

On Aug. 9, 1969 at the Benedict Canyon Estate of Roman Polanski, Voityck Frykowski, Sharon Tate, Stephen Parent, Jay Sebring, and Abigail Folger were killed. The next night, it happened again. Rosemary and Leno LaBianca, a wealthy couple who lived across town, were stabbed to death in their home. (AP Photo/File)

Parent, 18, was the first to die. He was shot and killed as he was driving away after visiting a friend in the guesthouse.

Sebring was the first to die inside the house, shot and stabbed seven times.

Tate was the last, forced to watch the others.

The victims were chosen by Manson not for anything they had done, but to make a political statement. Manson wanted to start a race war.

Manson didn’t stop there. He ordered minions Van Houten, Watson and Linda Kasabian to find others to kill. On Aug. 10, 1969, they drove around Los Angeles before breaking into the home of Rosemary and Leno LaBianca, murdering them, leaving another gruesome scene.

Van Houten held down Rosemary LaBianca so she could first watch her husband murdered, knowing she would be next.

But for Peggy DiMaria and her family, this isn’t the end. Van Houten again will seek parole.

Two of Sebring’s killers are up for parole this year — Watson and Krenwinkel. Atkins died of cancer in 2009.

For DiMaria, testifying at parole hearings is gut wrenching. But the family has committed to speak out for her brother and all the victims.

“This is like an open sore, it’s always open,” said Peggy, 71, during a lengthy interview July 18 at her Henderson home. “Periodically it festers and never goes away. It’s like going into a deep black hole.”

Year after year, members of the DiMaria family traveled from Southern Nevada to prisons in California to address parole officials. Peggy believes their testimony during 13 hearings has made a difference by speaking for the dead and showing that the families still suffer 47 years later.

Over the years commissioners are told by attorneys how wonderful these murderers are, what good deeds they have done in prison, she said.

“We won’t stop, we want them to remember the victims,” she said.

“It’s an injustice to release these people under any circumstances,” said her husband, Tony, 70. “If they can do any good, do it inside the system.”

The five DiMarias work as hairstylists at DiMaria Salon in Henderson. Anthony, 50, works there part time and is an actor as well, with a small role in Woody Allen’s latest movie, “Cafe Society.”

The family continues to suffer from the publicity generated by the seven murders. Particularly upsetting are the falsehoods. Life magazine ran a headline reading “Live Freaky, Die Freaky.” Some media reports suggested the gathering at Tate’s home was some sort of drug-fueled bash.

Anthony, who began researching the murders in 1999 in order to film a documentary on his uncle’s life, has the coroner’s report. There were no drugs in his uncle’s system.

Even for daughters Christy, 45, and Mishele, 34, who weren’t born when their uncle was savagely slain, the pain of his murder continues.

“I know there are so many fans who look up to these entertainers, but this is not a good, positive message,” she said. “You’re talking about evil. We need more goodness in this world.”

The killers give television interviews, write books and participate in documentaries telling their version of “the truth.” They look for sympathy.

“I never in my wildest imagination thought cold-blooded mass murderers could change themselves to victims, becoming celebrities,” Peggy said.

Meanwhile, the victims become “Tate and four others.”

Would Van Houten or the others be a danger if released?

Daughter Christy answered with her own question. “Are we willing to take that chance?”

Christy and her husband, Tracy Rowland, 43, a retired police officer and now a private investigator, have two sons, ages 4 and 3, and someday will have to explain the death of their great-uncle.

“It’s a delicate situation. The more knowledge they have, the better prepared they are,” Christy said.

“I don’t want my family to live in fear,” Christy said. Hearing about the slayings will mean a loss of innocence, but she added softly, “It doesn’t define you.”

Nor is it over.

A DiMaria, maybe two, will be there to speak.

I absolutely adore this family!! My heart goes out to them and the families of the other victims.

Thanks Venus! I liked this article. I don't hear much about Jay's family except for Anthony. I'm glad they're all involved in keeping the killers in prison.

That picture of Tex is so goofy. He's got a widow's peak. LOL.

These writers nowadays more and more don't have all the facts straight. I actually read an article today about the murders that said 5 were killed at Cielo Drive, Tate, Sebring, Folger, Frykowski & Tate's baby. No mention of Parent at all...

Venus sent me a new pic of Jay. Thanks Venus!

The family continues to suffer from the publicity generated by the seven murders. Particularly upsetting are the falsehoods

I wonder if the falsehoods are any more upsetting than adding to them with more falsehoods like "The victims were chosen by Manson not for anything they had done, but to make a political statement" or "Manson didn’t stop there. He ordered minions Van Houten, Watson and Linda Kasabian to find others to kill" or "Van Houten held down Rosemary LaBianca so she could first watch her husband murdered."
I would have though fact checking would be de rigeur for a journalist.

Tate was the last, forced to watch the others

In her zeal to come across as the bad girl of the Family in the initial aftermath of the murders, Susan Atkins really set herself up for a fall from which she was never able to recover and stand up in the eyes of those she wanted to persuade of her changes.
Her statement to Ouisch that Sharon was the last to die because she had to watch the others die is a good example of partly why she spent most of the rest of her life saying she never killed Sharon but never was believed. In her grand jury testimony she states that after Sharon was killed, herself, Tex and Pat went outside and they saw Abigail bent over and falling onto the grass. She even states that she doesn't know how Abigail got outside because she doesn't recall seeing her leave the house. She then states Tex went over and stabbed her. She also states that while Pat & her were looking for Linda, Frykowski had moved and Tex went and kicked him in the head. They walked towards the gate looking for Linda then Tex told her to go and write something.
Why I point this out is that clearly, two people died after Sharon and unless she was taken outside to watch {which might account for the pool of blood found on the porch that could be hers} then clearly she didn't watch the others actually die. And so Susan's statement comes across as bravado which ensures any lenience over the years would be in short supply.

While it wasn't very nice, it wasn't a view entirely without foundation.

Year after year, members of the DiMaria family traveled from Southern Nevada to prisons in California to address parole officials. Peggy believes their testimony during 13 hearings has made a difference by speaking for the dead and showing that the families still suffer 47 years later

I wonder if there are people or organizations that alert families of people that have been victims of crimes other than murder that the perps are coming up for parole.

While it wasn't very nice, it wasn't a view entirely without foundation.

Not sure what that means Grim. How exactly did the victims deserve to die??? Please explain.

Grim it was a neighbor who came up with the "Live Freaky, Die Freaky" phrase.

None of the victims deserved to be murdered.
What was not entirely without foundation was that four of the victims at Cielo lived in a way or experimented with aspects of the counterculture, that were not the norm in the USA at the time and were seen by many as part of that exclusive band that did not live according to the norms of straight society. Actually, many rich and famous people were seen that way, especially in the film and music industries. So there came a point where there would have been some people whose view in 1969 could be summed up as "I'm not surprised that some of these people met bizarre ends. Their lives seemed to invite it." I'm not surprised that it was a neighbour that came up with that phrase if indeed it was. That would bear out my point.
Now I come to think of it, during his closing arguments at the trial, Irving Kanarek said words pretty much to that effect.