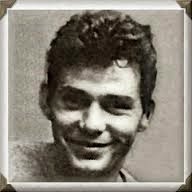 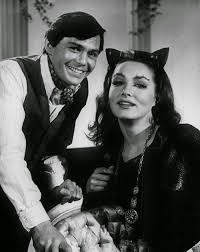 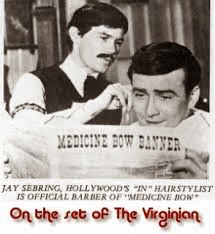 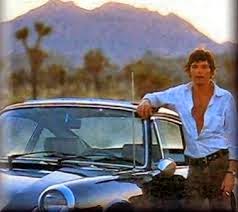 Jay would have turned 81 years old tomorrow.  He was a bright young man with so much promise.

Thanks for all you tried to do for us Jay.  Rest in Peace!

Now Jay Sebring was a very unusual dude in my opinion in many ways.
But- what a stand up guy.

What guy among us has not said in the most dramatic was possible- at one point in our lives- what we would do for someone we loved??

Can you imagine the scene going down around him when he had to do what most of us will never have to do- prove it??

Call it what you want- but he did what I dream I would do as well, and forces me to ask myself if I ever really could???

Thanks Venus for the reminder! Jay was a lovely person!

81 years old. Hard to believe. He seemed like a overall great guy and I agree that he showed his true character at the end. He proved to be both loyal and courageous. Forget the ( IMO anyway) insignificant things the media wrote about him. True or not. Actions speak for themselves. He was a good man. After all these years I never realized until today that he shared a birthday with John Lennon who would have turned ( I believe ) 74. Two men taken much too early.

Damn that makes me feel really old. But unfortunately I'm getting up there myself.

Yes Jay was an unusual person. And he did die for his love, Sharon.

I was just going to mention that when these murders first occurred, the media had a hey-day with stories about all the victims at Cielo Drive (not including Steve Parent, because they weren't sure who he was), which included Sharon Tate, Abigail Folger and Voytek Frykowski, and they lambasted the victims with lurid tales of drug dealings, satanic worship, bestiality, cult worship and just plain bad smoking cigarettes.

We found out in late 1969 that none of that was true. But yet, lately, some authors keep trying to make Jay Sebring a bad guy (not everyone this time, just Jay). That he was selling drugs to Tex Watson or whoever the hell he was supposed to be selling to.

It's just the same old story. Jay didn't sell drugs. He didn't have to. He had a growing business that was going international.

And he did try to save Sharon's life. Unfortunately, the "devil" had a gun. And it's hard to defend against a gun.

Hi Krissy!!! Good point. They were both taken WAY too early!!!

I actually had my hair cut back in 1989 by a guy who had been schooled on Jay's instructions.

He spent a good hour on my head measuring everything, and I'm gonna tell you, he did a damn good hair style for me.

I wish I had a picture. HA.

I had a break-in where people came in my house while I was asleep. I had to fight them.
I thought I heard something and looked up from my pillow to see a man in a coat standing at my bedroom door looking at me a long time. I felt immense fear but I knew I had to get the first punch in. Though I realized if I did nothing I would definitely be murdered.
In one intense, rapid burst I jumped from my bed with every ounce of my strength and head butted the guy in his sternum with the intent of driving my skull up under his chin removing all the air from his lungs and breaking his jaw so as to immobilize him. We both fell to the floor into the living room as I screamed a furious grunt. As I tried to get up I noticed my hand was under my body and I thought it was broken. As I looked around I saw I was lying on my bedroom door that was ripped off the hinges. Between me and the door I was lying on was a sport jacket I had hung on the door earlier that evening before I went to bad. I also saw an acoustic guitar of mine busted up. There was blood on my lips and my forehead was hurting as bad as my arm. Turns out I had been having a bad dream and the bad man I attacked was just my jacket I had hung on the door. I had knocked my door down from out of a dead sleep.
Be damn sure before you defend yourself folks. You could kill yourself. Know thine enemy.

Mr. P, I think you might have gotten that excerpt from Restless Souls, the true story of the Tate Family.

That is a true story Katie. I have had several bad dreams that very nearly ended in trajedy. It is akin to sleep walking. People have been killed while sleep walking.

Oh, sorry Mr. P. I used to sleep walk. Once I dived into my closet. Not a pretty site.

Mr. P, maybe you should stop being so involved in scary cases for a while.

Tell you what, put on some headphones and listen to Beethoven or Mozart tonight. I guarantee you won't have bad dreams.

In any case, I'm gonna hit the hay. I hope you have sweet dreams tonight! :) Night y'all!

Try this one Mr. P. It's Beethoven's Adagio! Sooooo soothing!

Thanks for remembering Jay's birthday, Katie. Happy Birthday, Jay. RIP. Can't believe he would have been 81.

Hi Katie! Love reading this blog and some of your very funny comments. :) Learning and laughing at the same time. Can't beat it!

Thanks for posting this for me, Katie. You did a great job and said pretty much what I would've said. I haven't been able to spend much time online lately. I've been working on some threads and need to get them finished.

Whenever I think of their ages now, it makes a person realize how many years they lost. It makes you wonder what could've been....would Jay have had franchises all over the place? Would he still be active in his business? Or would he be retired and letting his kids and grandkids run it? Would he have gone in another direction such as getting into producing or directing? Some reports say that he was interested in acting. I read in some book (don't ask me which one as I don't remember) that he'd done a reading for some director and had knocked him out with his talent. No matter what he might've done, we'll never know.

BTW, I've seen that episode of "The Virginian" and Jay does get to say a few lines.

Thanks Carol! Thanks Krissy! Thanks Venus!

I wish I could have found some pictures of Jay that we haven't seen a hundred times, but it is what it is I guess.

They will all be forever young....

I think Jay would have been a great actor. I loved him in that Batman episode, although he didn't have any lines. But he was so funny with his facial expressions.

Thanks, Venus - I should have known you had something to do with this post! I watch "The Virginian" and I still haven't seen the episode with Jay, but I will keep watching.

Thanks, Venus - I should have known you had something to do with this post! I watch "The Virginian" and I still haven't seen the episode with Jay, but I will keep watching.

lol some you would expect:

Some you scratch your head:

But you know who is not on that list???

wondering today all my TLB friends??

is that an oversight or is Charlie loosing his mojo with time?

Mr. P not to bring up an old debate lol but there were a few other females on this list and none were family members. Although in fairness to you this list is most notorious and not most dangerous, so maybe this is not a good example at all and we should just let old disagreements stay in the past lol

St. C., that is surprising considering that People just had Sharon on its cover a few weeks ago.

Katie, jay did have a line in "Batman." He said, "Watch the antiques!" LOL

St C the Manson family had the most people condemned to death of any criminal gang in US history with maybe the exception of the Abraham Lincoln assassination.
Casey Anthony is on your list. She has not been convicted of murder. Neither has OJ or several others on your People list.

Carol I love your comments. You're always so logical!! :)

I think Julie Newmar in her Cat Woman suit was the most beautiful creature to walk the Earth. She sure was mean to Bat Man though.
Lotta big stars loved coming on that 60s Bat Man show to play bad guys......... and girls.

Mr. P, that old Batman show was so much fun!

Julie Newmar was the best catwoman they had. Not only was she gorgeous in her catwoman suit, she was so funny too. So much personality!

She was only mean to Batman until he caught her. Then she cozied up to him, but it didn't work. LOL.

Julie was the best "Catwoman," no doubt about it. She almost didn't take the part, but her younger brother told her that he and his friends loved the show so that made her change her mind.