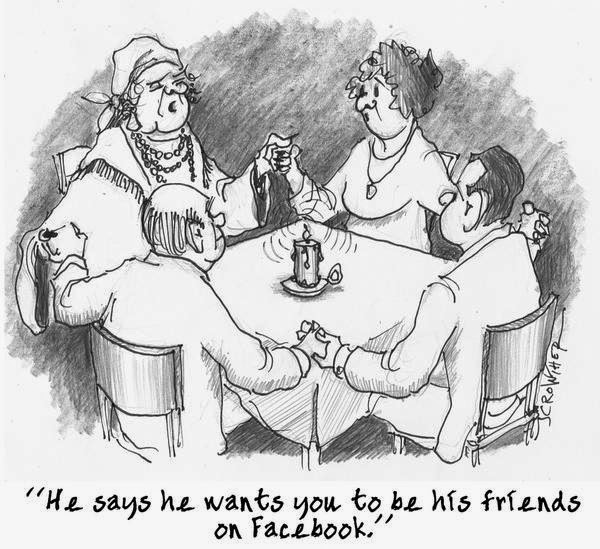 There was a spooky seance early Saturday morning -- the 45th anniversary of the Sharon Tate murders -- that would probably please Charles Manson to no end.

The seance was held 200 feet from the site where Manson Family members slaughtered 7 people, including Tate.

Just after midnight ... as the seance was in full swing, a fire alarm went off for no apparent reason. There was no evidence of fire or smoke, although 2 candles on the table lit up the scene.

The Tate house is no longer there, but there have been supernatural tales spun for decades.

Submitted by Mary.
Thanks Mary! LOL

Apparently, actor Robin Williams was found dead this morning of an apparent suicide.

I could not be more stunned by the loss of Robin Williams, mensch, great talent, acting partner, genuine soul.

No! Robin Williams you were so loved.

Oh Robin...Our hearts are broken. Rest in peace darling. We loved you.

kinda fucked up to start talking about Robin Williams under a thread called "more weirdos and whackos".

the SOB fought hard, you gotta give him that. The fucking disease won. It does make those of us who battle wonder...if a guy with his talent and energy and resources can't win the fight, what chance...
ah hell.
and please spare me the egalitarian thing. yes, the disease can strike anyone, rich or poor, famous or anonymous.
But having resources DOES HELP - as it does in the battle against any disease.
And he fucking nailed that Good Will Hunting role. He owned it.
And still....
Destroyers Tex and Charlie are still here 45 years later, eating dinner, and this guy who brought so much love and laughter and wonder to the world chose to leave.
Damn.

So true, Leary. Depression is not fun. There are times that all you want to do is stay in bed. Nothing seems to cheery your up, nothing seems to help. RIP Robin, we'll miss you.

His previous wife cleaned him out in their divorce for $30MIL

They said on the news today that he had recently been diagnosed with Parkinson's disease. I don't know if that's true, but it has to be extra hard to deal with for someone with severe depression. Back on topic, I saw the TMZ story when it aired. Typical news story where they didn't have the facts straight re: TLB. Being TMZ, they made it out to be a big joke…which I guess it really was.