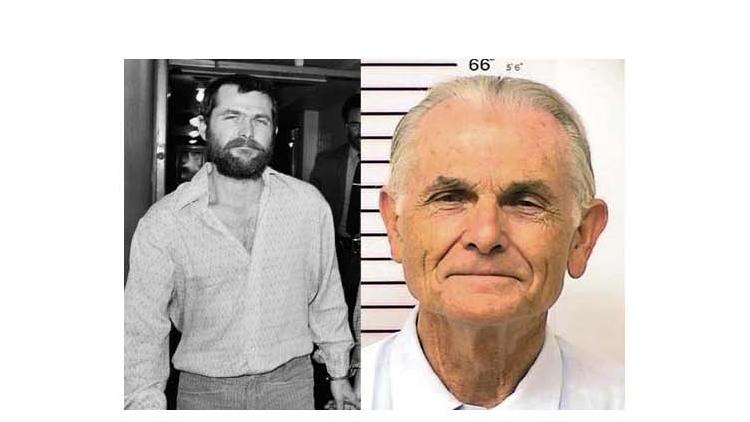 Manson family member Bruce Davis, 71, imprisoned for his role in the 1969 slaying of two men, is denied parole.

Gov. Jerry Brown's decision to deny freedom to a Manson family cult member who passed muster with a state parole board follows a familiar path.

The governor on Friday reversed a parole board's March decision that there would be no danger to the public in releasing Bruce Davis, convicted of two murders as well as conspiracy to commit murder. He was not directly involved in the Tate-LaBianca slayings that terrified Los Angeles residents in 1969.


Brown, in his decision, noted the barbaric nature of the murders Davis took part in.

"The exceptional brutality of these crimes and the terror the Manson family inflicted on the Los Angeles community 45 years ago still resonate," Brown said in his decision, released Friday evening.

"These crimes represent that "rare circumstance" in which the aggravated nature of the crimes alone is sufficient to deny parole."

The governor said Davis' continuing attempts to portray himself as a "passive bystander" in the murders also made him unsuitable for parole.

Davis had bragged about murdering and dismembering one of the victims, then evaded capture for more than a year in the desert with other cult members, the governor noted.

"These are not the actions of a distraught and reluctant participant," Brown said in his decision.

For the third time, Davis, 71, had been recommended for release from a life sentence for crimes committed in 1969. Brown reversed his parole grant in 2012, pressing Davis to release more details of the Manson cult's crimes.

Brown has an unmatched record in allowing parole grants to stand for those serving life sentences, but he has reversed the board in the most notorious cases. Currently on his desk is a controversial parole recommendation for Jesus Cecena, who killed a San Diego police officer in 1978.
Davis admits his role in killing musician Gary Hinman, an acquaintance of cult members who was held captive in his home, beaten and eventually killed in a failed attempt by the cult in July 1969 to extort money. At one point, Davis held a gun on Hinman while Manson sliced the man’s ear. He also drove away in Hinman's car from the house where the man was held for three days.

In a 2012 hearing, Davis also admitted participating in the group's August 1969 attack on Donald “Shorty” Shea, a stuntman and hand at the ranch where the Manson cult was living and whom Charles Manson had accused of being a police informant. The prospect of publicity over the release of a participant in the darkly iconic slayings has been acknowledged by parole commissioners and Davis himself. In March, he included in his post-prison plans an offer to stay elsewhere if there was opposition to his return to Los Angeles.

“I’ve known people that said we don’t want you here,” he said in March, “so I said if there’s any sort of objection, I would be glad to go to San Francisco.”

http://www.latimes.com/local/political/la-me-ff-manson-member-parole-20140808-story.html
Posted by katie8753 at 9:53 AM
Labels: Bruce Davis Parole

“I’ve known people that said we don’t want you here,” he said in March, “so I said if there’s any sort of objection, I would be glad to go to San Francisco."

I think it would be much more appropriate for him to say that he would be glad to go to Death Valley.