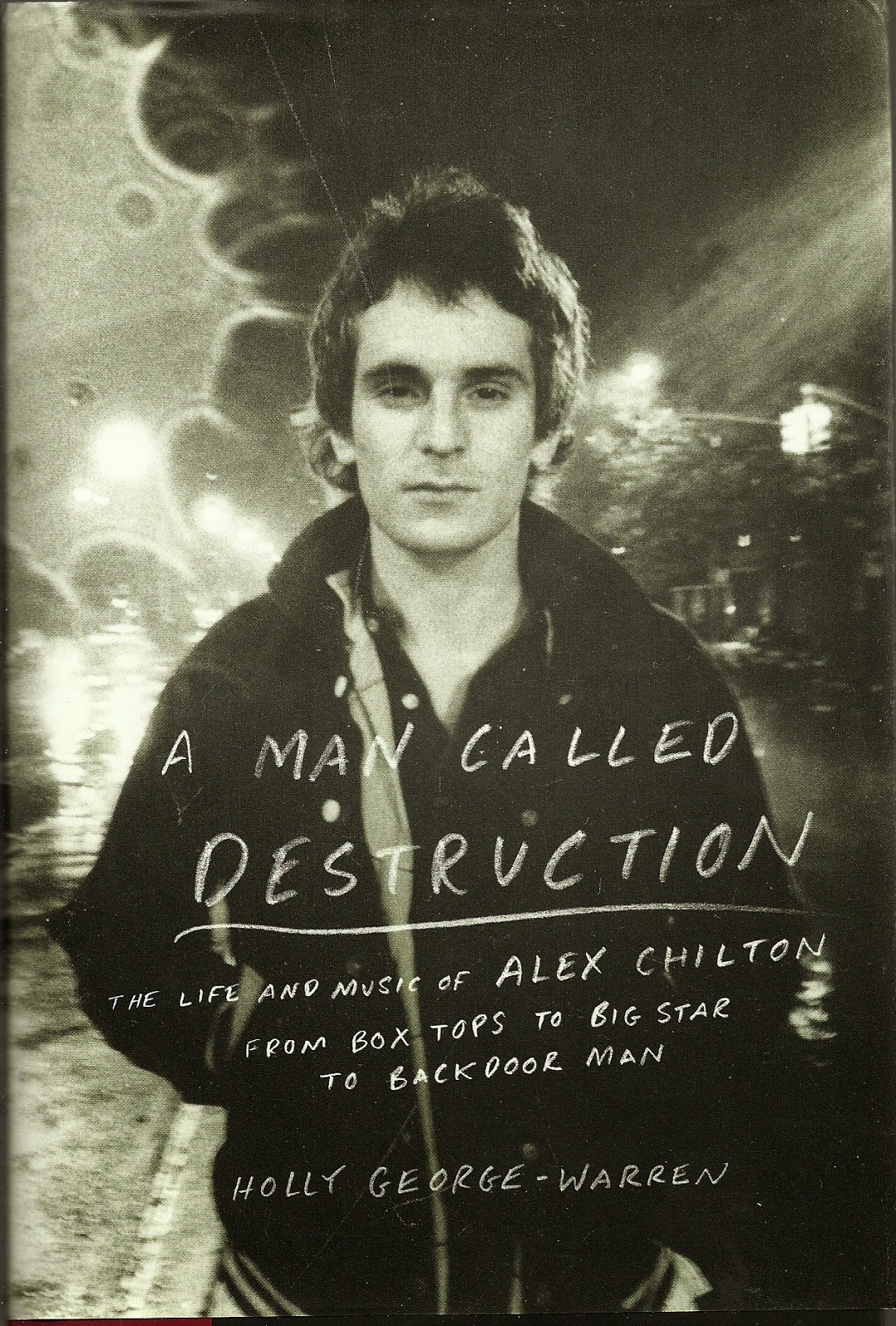 A few weeks back, I picked-up a Biography of one of my favorite musicians, Alex Chilton.

Now many of you won't recognize the name, but you've all heard his music somewhere along the way.

At the Age of 16, he became the lead singer of a band called The Box Tops and had a number one hit, with a song called "The Letter" (Gimme a Ticket for an Airplane, Ain't got Time to take a fast Train).

They had a bunch of other Top Ten Hits, and in the early 70s he moved-on to form the seminal power pop band Big Star.

When he was in the Box Tops, he did a few tours with the Beach Boys and became friendly with Dennis Wilson... staying at Wilson's house, at the same time as the Manson Family.

"During his stay at Dennis's house in Pacific Palisades, Alex met someone much stranger than Brian Wilson."

"After I was there a couple of days, the whole Manson family moved in," Alex said. Wilson had picked-up a hitchhiking Manson follower, Patricia Krenwinkle... and soon, Manson and the others appeared at Dennis's Hillside Home.

"They completely took over the household, like, sixteen girls and this Charlie Guy hanging around, whom I barely noticed", Alex remembered. "With all these girls running around with short dresses and no underpants, why am I gonna notice this Guy?"

Soon Alex had to take notice of Manson, whose control over his young hippie harem became obvious. Dennis' house overlooked the ocean, high above the Pacific Coast Highway.  Alex still didn't have his drivers license, so he decided to walk down the steep hill to the grocery store one day.  A Manson girl "got wind of that", Alex Recalled:

"She brought me a big, long shopping list of things that they wanted me to get - and no money to get it". So I said "well its alright".  It being the Sixties and California, I thought I could spring for some Groceries.

I had to carry all these groceries back up the hill. When I got back, they looked at the grocery bag and they said "You forgot the Milk!"  I said "Aw gee, I'm really sorry I forgot the milk - too bad".  By the time I got to the front door, they were standing in the doorway-blocking the door, and they said "Charlie says go get the Milk."  The vibes were kind of weird.

Alex decided it was time to leave when he woke-up one morning after a late-night party, and discovered asleep next to him on a large sectional couch, none other than Manson.

Years later, Alex told the story to a friend, who suggested he write a memoir and call it "I slept with Charlie Manson".
Posted by Unknown at 5:13 PM
Labels: Alex Chilton

Thanks Matt. I liked that song "The Letter".

I wonder why everyone was living with Wilson? Didn't anyone have their own pad?

Well He was the golden Boy with Cash,Women and Drugs.
Sounds like a fun place to hang out.

I like that line about Charlie and the milk.

Little known Manson milk fact, Charlie was a real pill in the morning if he didn't have get his Bosco. LOL

"The session for "The Letter" began at 10 o'clock on a Saturday morning and took over thirty takes wrapping at either three or five o'clock that afternoon. Penn met Box Tops' vocalist Alex Chilton for the first time at the session: "I coached him a little...told him to say 'aer-o-plane", told him to get a little gruff, and I didn't have to say anything else to him".

Penn - "[Chilton] picked it up exactly as I had in mind, maybe even better. I hadn't even paid any attention to how good he sang because I was busy trying to put the band together...I had a bunch of greenhorns who'd never cut a record, including me...I borrowed everything from Wayne Thompson's original demo - drums, bass, guitar. I added an organ with an 'I'm a Believer' lick."

Penn added the sound of an airplane take-off to the track by recording off of a special effects record played in an office adjacent to the recording studio. When the track was previewed for Chips Moman he suggested the take-off sounds be excised, to which Penn responded: "Give me that razor blade right there...[and] I'll cut this damn tape up! The airplane stays on it, or we don't have a record."

The Box Tops sold more than one million copies of "The Letter" and received a gold disc.[1] At only 1 minute, 58 seconds, "The Letter" is one of the shortest songs to top the chart. Singer Alex Chilton was only 16 years old when recording-->"The Letter".

I loved "The Letter" and "Cry Like a Baby." Didn't realize Alex Chilton was so young at the time and never knew of his Manson connection. Thanks, Prokes.

If this story is accurate, it could be another example of Manson being a "control freak".

Manson got out of prison, was living with Dennis Wilson, and apparently had 16 girls without underpants, what more could he want? I guess milk.

Chilton probably didn't have the foggiest idea who or what Charles Manson was, or what he was capable of. Chilton may have had a "relationship" with one or more of
"Charlies girls". Manson didn't come right out and demand money as I assume a "normal" pimp would, he "got wind" of the store trip and appointed himself "boss" of it in a tricky sort of way to extort money from Chilton.

When they told Chilton "Charlie wants the milk", Chilton probably thought "tell the little bastard if he wants milk with his Ho-Ho's, Zuzu's, and Frosted Flakes to walk his lazy ass down there and get it himself". However, I suspect Chilton walked back down the hill and got the milk, no matter what he said. 16 girls without underpants is a pretty powerful argument to a 16 year old boy.

I bought that single "The Letter" when it came out. For some reason, it was the only song I practiced my dance moves to.

My bedroom door had a full length mirror on the back, and I would shut it and practice the Watusi, The Boogaloo and The Skate.

I never knew the singer was only 16. Geeez, I thought he was a grown man. He had such a deep voice.

Just imagine how deep his voice was when he was a grown up. He must have sounded like Darth Vader. LOL.

Yeah, the milk story sounded silly. And waking up next to Manson? YIKES! EWWWWW!

He should have just turned to Manson in his deep voice and said "GET OUT!". HA HA HA.

Actually Katie His voice was never that rough again.
Heres a Song You might know from I think 1973.
https://www.youtube.com/watch?v=BNKSs1J38EA

And if You ever saw 'that 70s Show' you know this Song from the dirst big star album..
https://www.youtube.com/watch?v=RzUticZU6Fs

Dennis Wilson was a good looking guy during his Manson days, why would he decide to sleep with Krenwinkel after picking her up hitchhiking? Maybe she didn't look too bad? Has anyone received the Krenwinkel disc yet?

Beauders, maybe it was dark and he didn't see her good until morning?

That could be, or maybe he was really stoned.

Maybe, or maybe he was temporarily blinded by the moon in the 7th house.