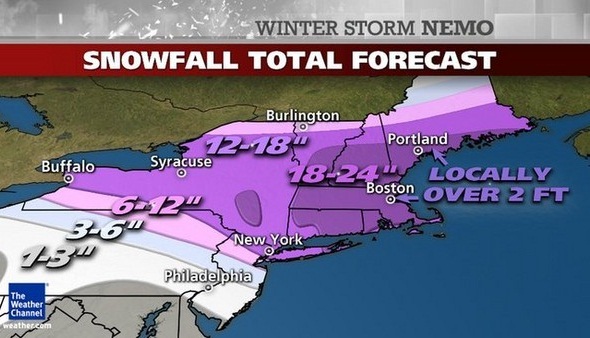 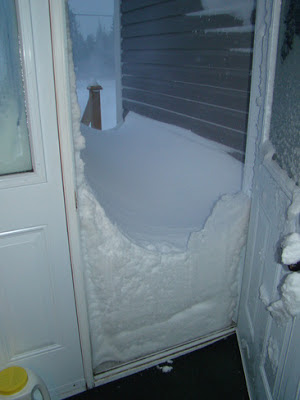 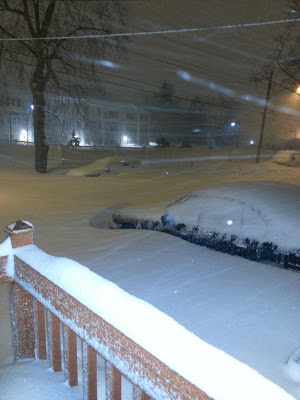 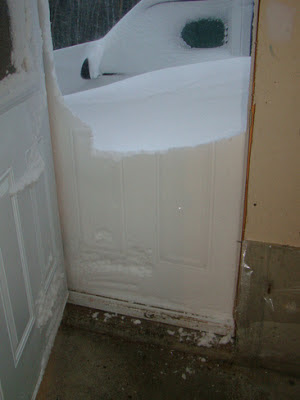 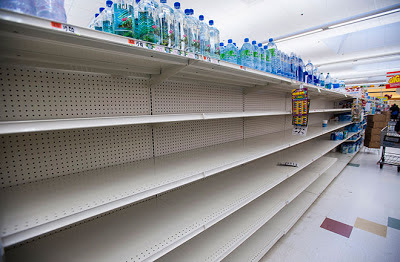 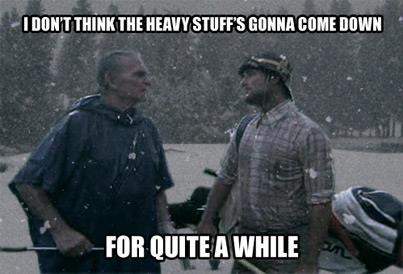 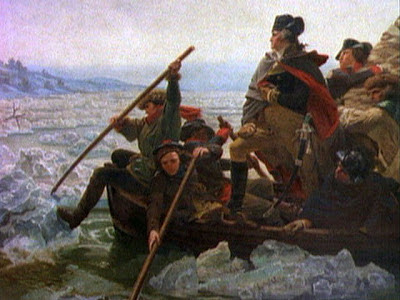 I was telling Katie last night...

Now, you know why the British threw-in the towel, during the Revolutionary War.

The Brits experienced one winter in "New" England, and decided:
"Fuck these Yankee nutjobs... they can have this God-forsaken frozen icebox"!! LOL

And with that... the Brits left... and we won!
AHahahahaha

That's the real history, that the school books won't teach ya!

Losing power sucks. I'm glad the worst is over! :)

We had a pretty good snow up state ( Rochester ) but nothing like you got Lynyrd. All good here. Glad you got the power back on.

Things are really bad down here in South Florida. It got down into the 70s for a while today . Anyway, this all reminds me of the time I was once trapped in a blizzard. I survived on my own baby poop for two days.

The pic from Caddyshack reminded me that the sound of the SPRINKLERS means spring is coming.

for the folks up in the Northeast, stay safe and warm.
nows a great time to get the generator going and play some of those downloaded brian davis radio podcasts.

for all the talk about earthquakes that hit us out on the west coast, i think the weather on the eastcoast is more hazardous.

Everyone, I'm glad you're all safe and sound.

Johnny I'm sorry to hear about earthquakes on the west coast. I hope everyone is safe and well there too!

This is off topic, but since it's kind of an off night, I wanted to post this link.

These are the Friesian horses from The Netherlands. They are graceful and magnificent. My favorite is the one at 3:01. Their manes and tails are unusually long and beautiful. If you want to learn more about them, you can Google it.

It's nice to know that even though there are so many evil humans in the world, the animal world is still pure....

Well, I guess I'll just go to bed to my Teddy Bear and Mad Magazines. Sigh.

Here's some footage of the brave Lynyrd arriving safely back at the homestead.

"Not fit for man, nor beast" hahaha

I read in the paper that a young boy died from carbon monoxide when he and his Dad got into the car to keep warm after shoveling snow and the snow was blocking the exhaust pipe.

L,S hope your doing well A couple questions if you don't mind 1st thanks for the excellent blog on Terrys book The Ultimate EviL
I'd read this when it first.came out in 97 your blog made me seek
Copy found a well worn paper back.addition Inc. Atlantic City 1st question do you or anyone else know anything about this Bill Mentzner ? Terrys book claims he was an original member of the MANSON family I'd never heard him mentioned elsewhere
Also in Terrys,book he eludes to a possibility MANSON knew both Shorty and Folger as far back as 67 I have read this atleast once before wanted your or anyone eleses option on these questions I googled Mentzner alot of information out there but just don't know,what to believe some of it seems rather far fetched listing him as a possible suspect in Zodiac killings . Probably as,likely the Zodiac as Bruce Davis
Then again I haven't read the book about Davis as Zodiac

I believe it was Matt Prokes (one of my staff) who wrote the recent Maury Terry review.

Hopefully Matt, Beauders, Starship... or one of our other many knowledgable folks, can help you further.

Sorry, I couldn't be of more help.

Jersy good questions. I'd like to know more about that too.

I survived the Blizzard...just barely.
No power from 9 pm friday night til 3 o'clock Sunday afternoon.
It went down to 6 Degrees last Night!
Thought I was going to freeze to Death.
Heres a video of my Backyard Saturday morning.
http://www.youtube.com/watch?v=RnyWj-hebSk

Jerseydevil,
I'm going to do a thread on Mentzer one of these days,I just wanted to give it a little time since I just did two threads on the Ultimate evil and I need to get My ducks in a row regarding Mentzer.
I don't think I've ever read that he was a family member,My recollection is that he was one of the many People who knew Manson through Cass Elliot.
I think He knew Her through Billy Doyle and had some sort of dealings with Manson(probably Drugs)As for Mentzer being a Zodiac Suspect...well, who hasn't!

Btw I contacted Ed Sanders and asked him his opinion of the Manson-Folger-Shea seafood dinner and Maury Terry in general
He said:
Maury has a definite source for the Shea, Folger, Manson
dinner in 1967.

Glad you made it Brother!
THREE DAYS without electricity and heat???
Damn dude... you're a freakin' warrior!

I haven't heard anything from Starship or Bob yet...

Last I heard, there were 9 deaths from the storm.

BOSTON/NEW YORK (Reuters) –
The U.S. Northeast started digging itself out of a blizzard that dumped up to 40 inches of snow with hurricane force winds, killing at least nine people and leaving over a half million customers without power.

That's what I got!
I thought the siding was gonna rip off the house, and the windows would shatter.
It was complete madness.
You could hear HUGE limbs tearing free from trees, and dropping to the ground, all night long.
All the while... no electricity or heat.

Bob posted on this thread earlier.

Glad you're alright Bob!
You ROCK!

Btw I contacted Ed Sanders and asked him his opinion of the Manson-Folger-Shea seafood dinner and Maury Terry in general
He said:
Maury has a definite source for the Shea, Folger, Manson
dinner in 1967.

Its been nice here in central Texas.
In fact I got a little too much sun a couple days ago......I got a sunburn!!!

>>>Matt said: No power from 9 pm friday night til 3 o'clock Sunday afternoon. It went down to 6 Degrees last Night! Thought I was going to freeze to Death.>>>

Matt glad you made it through. You are definitely the most laid back person I've ever known.

If you look up the words "laid back" in the dictionary, you'll see a picture of Matt. LOL.

Sbuch it has been very pleasant here for a while, but I'm afraid next month we might be in the 100's. Gulp! That's a long haul 'til next fall.

No real snow problems here. Rochester got more snow than we did and of course in New England it was wicked bad, right Lynyrd?

Went skiing yesterday...it was a beautiful day and beautiful conditions.

Sorry, but I don't know anything about Bill Mentzer. Not yet anyway.

Adam-that was the reason I contacted Sanders,to see if He could shed some light on the Sandra Good story and the seafood dinner in 1967 and that was the response I got.

"Maury has a definite source for the Shea, Folger, Manson
dinner in 1967.

make of that what You will.

Katie-I wasn't very laid back Saturday night...I was cursing life and everything about it as I tried to sleep in pants,longjohns,two pairs of socks,two shirts and a winter coat.
I only get really mad about about once every ten years.
But when I do look out!!!!

Wow Matt! I can't blame you a bit for getting upset. That sounds miserable.

Matt, what's your personal opinion of the Manson/Folger/Shea dinner and the supposed Manson/Folger relationship?

The whole thing sounds far fetched to me the only reason I entertain the notion is the great job Terry did on the Son of Sam stuff.
Its when He starts to expand his theories outside of the Berkowitz ties to the Process(which I believe)He starts skating on thin ice.
I believe that Bill Mentzer probably had some involvement with Manson and Berkowitz(through the Process)and who knows,its not outside the realm of possibility that Manson and Folger knew each other before the Murders.
It was the Shorty Shea stuff that had Me wondering if Terry was pushing the envelope.
I think i mentioned in another thread that I met someone online years ago that claimed to have worked for Mentzer in the mid 70s and said that Mentzer had mentioned knowing Manson back in the 60s and talked about the Son of Sam murders a year before they started.
He could have been bullshitting but I believed him.

Thanks Matt. It's certainly not impossible that Folger knew Manson, but I have a hard time believing anyone who says that any of the killers knew any of the TLB victims, since it was never verified during the police investigation or the trials, that I know of.

If there was some hard, credible evidence, then I'd have to rethink this. LOL.

Damn...all those lucky folk who bought out the liquor store got the last of the good Makers Mark...

Honest are the best diapers out there. I used these for my son when he was a baby. I tried all the other kinds and brands out there but they are not even close to being as good as these. These are a little bit more expensive than some brands but they are well worth it. I highly recomend these.
honest diaper reviews

I found decent information in your article.snow removal company vancouver I am impressed with how nicely you described this subject, It is a gainful article for us. Thanks for share it.