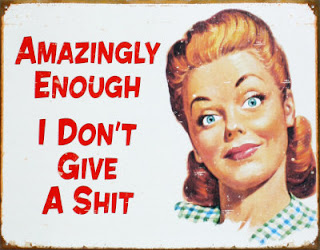 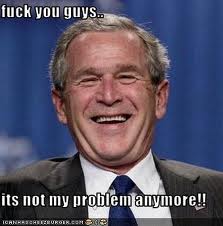 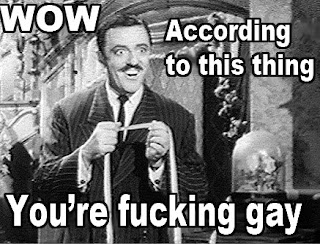 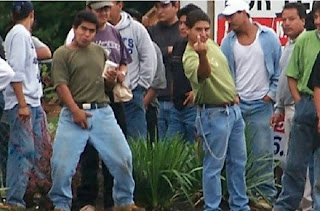 Posted by LynyrdSkynyrdBand at 2:36 AM
Labels: Humor

LMFAO...
As God is my witness, I was crying as I uploaded that George Bush photo! ROFLMFAO
That IS the funniest shit I've seen in years!

HA HA HA. Yeah, it's not George's problem anymore. He can just put his feet up and laugh.

Okay this just in.

That old senile Camping has just reported that the world will now end on October 21, 2011. He made an error in calculations.

So, if you sold everything that you own to get ready for May 21, 2011, don't worry about trying to get it back. Just keep living in that tent. HA HA.

He's probably hoping that he'll make it til then. He looks like he's got one foot in the grave and the other one on a banana peel.

I bet that is exactly how G W feels too. I laugh when i hear some folks complain about the media picking on Obama. When G W was in they were relentless.

No one I know was raptured up Saturday. If i was, then all the people and everything went with me !

Hi Bobby. Yes they picked on Bush relentlessly, but I gotta say: nobody dodges a shoe better than he does!!! HA HA.

GW Bush never cared enough in the first place. That's why he outsourced the search for Osama bin Laden to the Pakistanis...so how'd that work out for you, W?

Sorry, but it took someone with actual balls to charge the spooks to actually really find the guy, and when they did to keep it a secret, and then to send only our troops in to kill him, which they did.

Later, W. Hope never to see or ever hear from you again. Loser.

He probably thought he was going to be raptured on Saturday too.

Katie said>>>>
"That old senile Camping has just reported that the world will now end on October 21, 2011. He made an error in calculations".

Are you serious?
This is the second time... he had a premonition in 1994, and said his calculations were wrong then.

I heard he spent thousands of dollars, taking-out advertisement space on billboards, and radio shows for this thing... and he's at it again?!!!
The guy must be nuts.

I honestly don't see how anyone could be... or could've been, a fan of George W.

I think the guy was simply not qualified for the job.
He got the job, through his name, but had no business being the president of anything.
I don't think he was a mean-spirited man... but, quite simply a complete baffoon.
That's my two cents... but, admittedly, I don't follow politics really close.
How that man ever got a second term, is beyond me.

The father was so-so... the son was terrible.
By the time George W. was finished... the country was in shambles.

And the thing is... I'm registered as an independent... so, my view isn't even a republican-democrat thing.
The guy was simply an idiot.

At any rate... the photo is hilarious.

By the end, I'm sure GW wanted out... and I really don't think he did give a crap... if not (as you suggested) sooner. LOLOL

>>>Lynyrd said: heard he spent thousands of dollars, taking-out advertisement space on billboards, and radio shows for this thing... and he's at it again?!!!
The guy must be nuts.>>

Yes he needs something else to do. HA HA.

Here is a little blurb on this nonsense. It says one guy spent $140,000 of his savings on billboards. Where do these kooks come from???

George Bush almost got hit by a foul ball at a Rangers baseball game yesterday.

I like that picture of John Astin too!!! LOL.

y'all are too much.

As for Camping...I was sure he would disappear and act like he was one of the 200 million to be brought to heaven while the rest of us wait until October to burn in hell. I was sure he wouldn't show his face again!

As Lynyrd said, this is his second "mistake" - how many fools are going to buy this a third time?

Hi Mary. If anybody else still takes this guy seriously, I've got some swamp land to load off on 'em. HA HA.

Evidently, Poirot is having trouble leaving comments, as Lynn, Myself, and Katie experienced.

I'm assuming he's getting the "cookies" message, that we all got.

Other times... you gotta clear your cookies, and browser history.

If anyone else has this problem... let me know.

OMG Katie...
I just followed your link to the Bush footage!
AHahahaha

That was freakin' hilarious.
I'll say one thing... he's one guy, who just doesn't give a rat's ass. LOLOL

The guy's grinning ear-to-ear, eating popcorn... having the best day of his life! LOL

I will just have to admit to being a supporter of G W & his father as well.

>>>The guy's grinning ear-to-ear, eating popcorn... having the best day of his life! LOL>>>

You gotta hand it to George. You just can ruffle his feathers!!

Bobby I like Bush too. But then again, I liked Reagan too!! :)

No problem Bob... whatevers... it's all good.
You have a right to your opinion.

I voted for McCain... he's a very good man.
But unfortunately, after 12 years of Bush, no republican stood a snowball's chance in hell.
McCain just ran at the wrong time in history, as a republican.

I liked Ron Reagan... and I liked Bill Clinton.

As I said... I don't follow party lines too closely.
I try to judge each candidate as an individual.

Well I have to say I'm a "die-hard" republican.

BUT...I did think Kennedy was a good President 'til he got mowed down.

I still can't get over that footage.
Thousands of American's lost their homes, and the guy's at the park, having a ball for himself.
AHahahaha

former president GW went to a baseball game yesterday & Bill Clinton gave a speech. No update on Carter yet.

Oh no, politics...that always erupts into a fight with my family and friends

"Jimmy Carter: I’m A Better Ex-President Than Anybody Else In History"

I do have to agree with him on this...at least in recent history - although Clinton is following in his footsteps.

Jimmy Carter is a very nice man, but was a lousy President. I think that was his problem...he was too nice!

Carter & his wife have been involved in Habitat for Humanity for years. I think that speaks volumes for them!

Mary said: Oh no, politics...that always erupts into a fight with my family and friends

So, How bout them Yankees ?

bobby says...So, How bout them Yankees ?

LOL! Isn't those fighting words for Lynyrd? Doesn't Yankees hate Red Sox??? LOL! Maybe that is what you meant...have you ever heard of a dumb redhead?

I can't get into baseball...I do like my football though

Katie says...Jimmy Carter is a very nice man, but was a lousy President.

Yes, he was a lousy president but a great ex-president...he has done more for this country and humanity out of office than he did in.

I have never heard of a dumb red head and i would never call a red head dumb. lol. I wouldnt want to die.

I think we better stick to religion, and politics. : )

Although... the Bruins ARE ahead, 3 games to 2, against the Tampa Bay Lightning.
If we can win best of 7, against the Lightning... we're in the Stanley Cup playoffs!!!
Oh Yeah!!!!

Hey Lynyrd, check your e-mail when you can. I just sent you something.

Bush has been gone nearly 3 years. Reagan had turned around Carter's broken economy in 2 years. Obama has doubled unemployment.

Here's a little video to remind us of George W. and how cool he is.

That raghead throws 2 shoes at him and he just ducks. HA HA HA.

Katie I think American's thought in 08 that things couldn't get worse with Bush in office. People now are finding out the error in that logic. Things have gotten much much worse with no end in sight for those unemployed who live in fear. Regardless of who all of you vote for in 2012 I hope you will choose a candidate who has a proven past with repairing troubled financial systems. The economy must be the main factor in who you choose for president next time. No more social engineering at the presidential level. No more affirmative action presidents. Be more thoughtful next time when you vote. If we don't fix the economy the jobs that disapper next time may include yours.

Mr. P I agree completely. This upcoming election year is probably one of the most important one we've had concerning the economy. We need to think long and hard who we want running this country for the next four years!