Anybody Need A Lawyer? 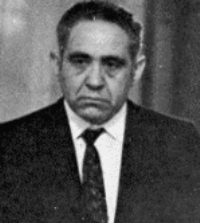 Irving Kanarek, Attorney for Charles Manson
Even before his remarkable performance as the defense attorney for Charles Manson in the Tate-LaBianca murder case, Irving Kanarek earned a reputation as an obstructionist of the first order. He was frequently censured by judges. One judge bluntly called him "the most obstructionist man I have ever met." Kanarek has a purpose for his obstructionism tactics: his goal seemed to be to confuse juries and knock opposing attorneys off stride, especially in cases where the evidence against his client was overwhelming.


In March 1970, Ronald Hughes--Manson's first attorney--suggested to Manson that Kanarek enter the case as his attorney. Although calling Karerek "the worst man in town I could pick," Manson requested that Kanarek be substituted as his attorney two weeks before the start of trial. Prosecutor Vince Bugliosi strongly objected to the substitution of Kanarek as Manson's attorney, but Judge Older found no legal ground for denying Manson's request and Kanarek.


Kanarek may have established some sort of record for objections in the Manson trial. He objected nine times during the prosecution's opening statement, and by the third day of trial had registered more than 200 objections when the press stopped counting. Frequently, Kanarek's objection were made in "shotgun" form, including many suggested grounds that were totally inapplicable: "Leading and suggestive; no foundation; conclusion and hearsay." Other times his objections were intended to influence the jury. For example, he objected to the testimony of Linda Kasabian by declaring, "Object, Your Honor, on the grounds this witness is not competent because she is insane!" Kanarek also bombarded the court with motions, many of them novel to say the least, such as a motion to have "Mr. Manson suppressed from evidence" as the product of an illegal search. Kanarek raised eyebrows for asking bizarre questions, such as when he asked Kasabian (during his seven-day cross-examination after Kasabian's direct testimony in which she revealed she had taken LSD about fifty times), "Describe what happened on trip number twenty-three."


Kanarek was found guilty of contempt four times during the Manson trial. The first contempt came when Judge Older found Kanarek guilty of "directly violating my order not to repeatedly interrupt." On two occasions, Kanarek was ordered to overnight in the county jail. Near the end of the long trial, Older told Kanarek he was "totally without scruples, ethics, and professional responsibility."


Despite his aggressive representation, Kanarek's work did not always please his client. At one point, Manson was ready to dismiss Kanarek when the defense attorney begged on his knees to keep him. Manson reportedly also threatened at various times to have Kanarek killed.


In his seven-day summation--which Judge Older called not an "argument but a filibuster"--, Kanarek argued that the female defendants killed their victims not for Manson, but out of love for Tex Watson.


Despite the press's view of Kanarek as something of a joke, Prosecutor Vince Bugliosi had a different opinion. Bugliosi wrote in his book Helter Skelter that Kanarek "frequently scored points."

Kanarek was ordered to be inactive by the California State Bar in 1990.
Posted by LynyrdSkynyrdBand at 7:36 PM
Labels: Irving Kanarek

LOLOL
Manson called Kanarek "the worst man in town I could pick".

"Although calling Karerek "the worst man in town I could pick," Manson requested that Kanarek be substituted as his attorney two weeks before the start of trial.

I always wondered if Manson actually chose this boob, or if Kanarek was forced on him.
Acoording to this article anyway... Manson "requested him, two weeks before the trial".
One has to seriously wonder what Manson's other choices were... if any.

For those folks who feel Manson was "railroaded"... I think Kanarek, is the place I would begin that argument.
Setting Manson up with this clown, against Bugliosi was destined to fail.
As they say in grade school... this "wasn't a fair fight".

I've always been of the mindset, that Manson was not completely railroaded...
That his own actions, before, and (especially)
during the trial, were very damaging to him.

I've always believed that Manson was partially railroaded.
This is one of those parts.
Saddling Manson with a crappy Lawyer like this, was seriously railroading him, at least in-part.

Seriously folks...
If your life hung in the balance... is this the lawyer you would have chosen?
It seems likely that Manson must've had zero other options offered to him.

Speaking of Kanarak (and books) has anyone read the "Railroading of Charles Manson?"...well, I did...in case you don't know, it was based on court documents and correspondence...items that Kanarak left in a Public Storage Unit and didn't pay the bill...the guy that bid on the unit didn't know what he had until much later when he opened the boxes...

Hi Kimchi!
Our newest member "X" also suggested this book, under Mary's book discussion idea above.
We'll add it to the list!!